Be prepared for the next earthquake 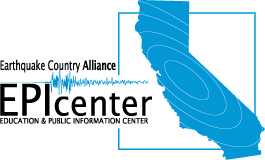 Did you feel that earthquake in Fontana overnight? Last night’s jolt and the 20th anniversary of the Northridge Earthquake is bringing earthquake preparedness and awareness to the forefront again.

How can you keep your family safe?

To commemorate the anniversary of the Northridge quake, the Southern California Earthquake Center and the Earthquake Country Alliance put together a virtual exhibit website with a variety of resources, animations, interviews and listing of events happening to help people remember and prepare for another quake.

The website also has a section highlighting three faults in San Bernardino County. Click on the map to see the ones closest to you at http://earthquakecountry.org/northridge/nearyou/.

Published January 15, 2014 | By County of San Bernardino | Leave a comment

The year 2013 was an exciting and rewarding year for San Bernardino County and its citizens. 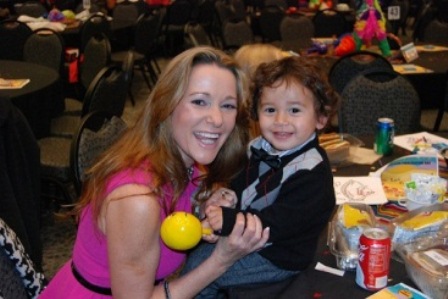 Janice Rutherford was elected Chair of the Board of Supervisors, Sheriff John McMahon was sworn in and County CEO Gregory C. Devereaux’s contract was extended through March of 2017.
The County’s departments, which serve a multitude of needs for our citizens, won a number of awards for their innovative programs and improvements to existing services to help achieve the Countywide Vision.
This year proved to be the ‘rebuilding’ year for San Bernardino County as new fire stations opened, a new learning center emerged and an upturn in the housing market began to take shape.
For more of the year’s highlights, take a look at the County of San Bernardino 2013 in Review

Published December 30, 2013 | By County of San Bernardino | Leave a comment 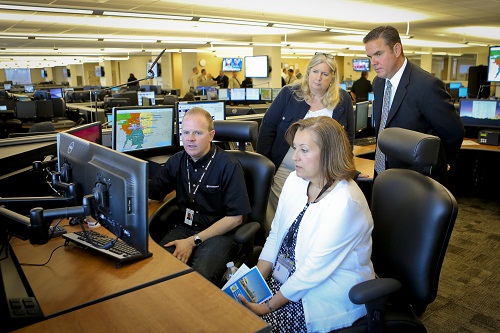 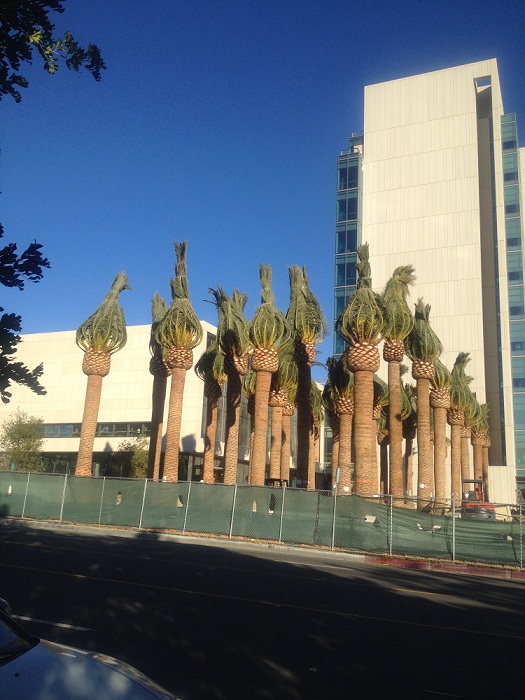 Published December 11, 2013 | By County of San Bernardino | Leave a comment 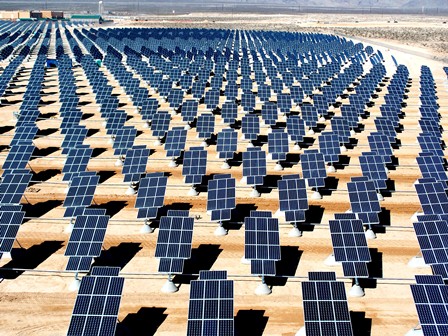 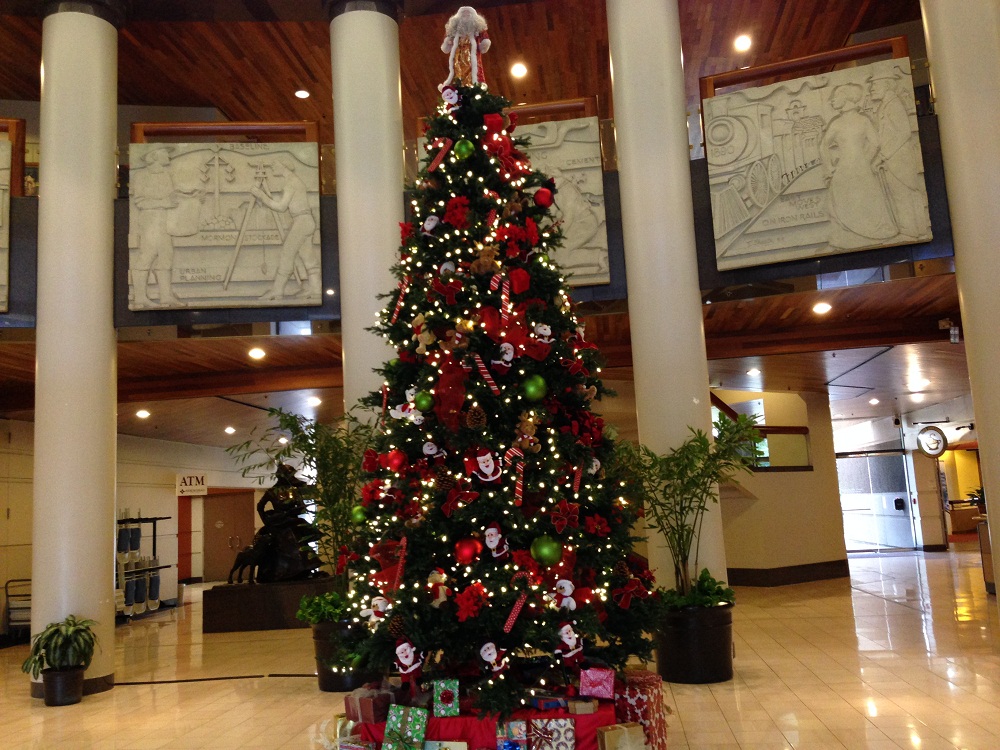 Published December 2, 2013 | By County of San Bernardino | Leave a comment 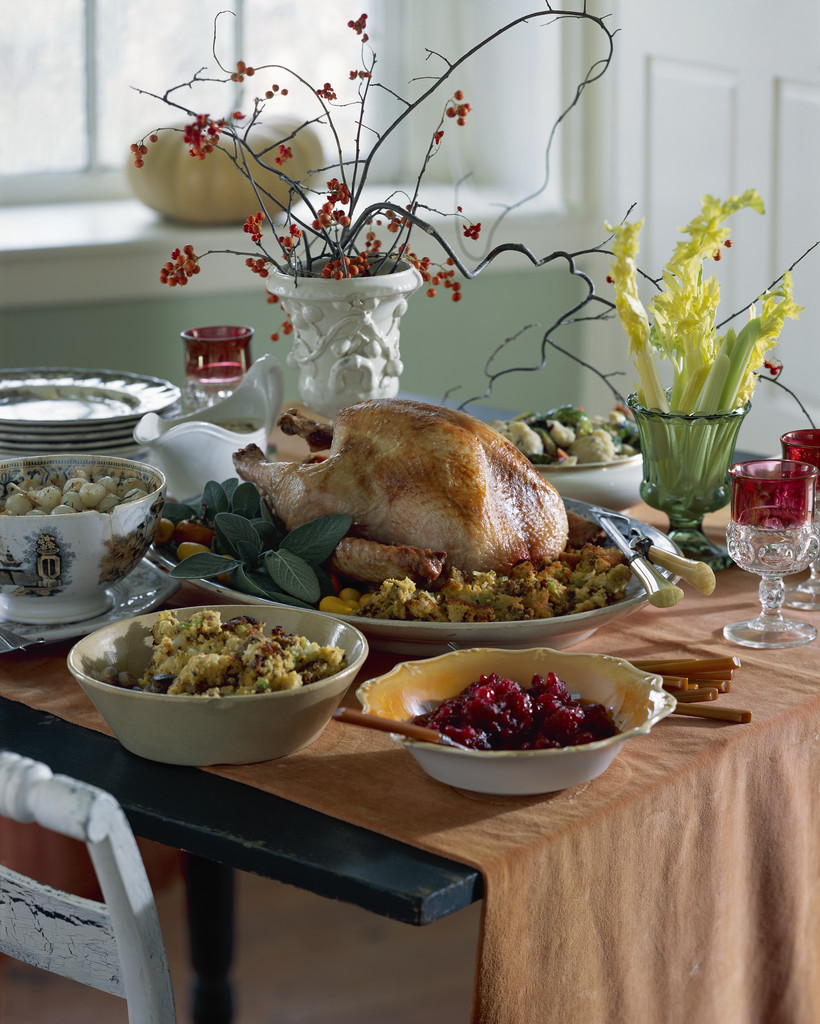 The County of San Bernardino wishes you a Happy Thanksgiving!
Most County departments will be closed Thursday, November 28 and Friday, November 29.

Published November 27, 2013 | By County of San Bernardino | Leave a comment 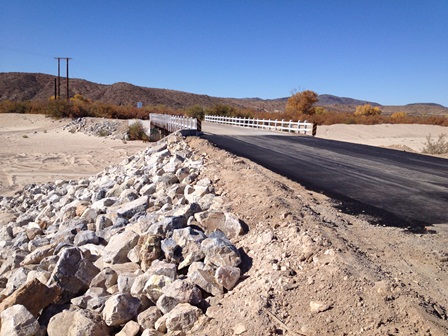 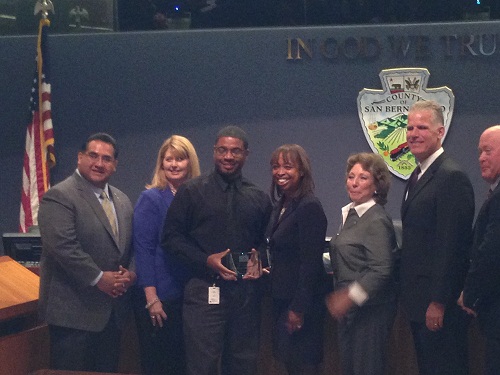 Phalos Haire and Diana Alexander accept their award for the Preschool Referral Project from the California State Association of Counties at Tuesday’s Board of Supervisors meeting.

County programs aimed at reducing truancy, preventing the spread of West Nile Virus, providing preschool services to foster children, improving customer service and shortening the time to obtain search warrants were honored today as among the best in the state.

“These awards reflect the resourcefulness of County employees and their dedication to developing more efficient and effective ways to serve and protect our residents,” San Bernardino County Board of Supervisors Chair Janice Rutherford said. “I commend the staff members who earned this year’s CSAC Challenge Awards, and I challenge all of our employees to continue offering their ideas about how the County can improve customer service and better use its resources.”

The annual CSAC awards are considered a highly competitive recognition program that honors the best and most innovative among California’s 58 counties. This year, 18 counties were honored with awards after a panel of judges evaluated 220 entries. The CSAC Challenge Awards provide meaningful examples of how County employees are committed to achieving the Countywide Vision and creating a county in which those who reside and invest can prosper and achieve well-being.

END_OF_DOCUMENT_TOKEN_TO_BE_REPLACED

Published November 5, 2013 | By County of San Bernardino | Leave a comment 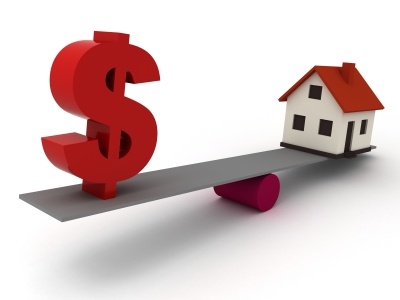 The annual regular filing period for assessment appeals ends December 2, 2013. For your convenience and to ensure timely, accurate processing of your application, file online! You will receive immediate confirmation of receipt of your application. You will have the ability to review the information entered prior to submission to ensure all necessary fields have been completed. For those filing multiple appeals, common data between applications is retained, which reduces the need to enter redundant information. Access the Clerk of the Board website at www.sbcounty.gov/cob/assessmentappeals/ to access the online application and to get additional information.