Nominations being accepted for those who serve county youth

The Juvenile Justice and Delinquency Prevention Commission of San Bernardino County has put out the call for nominations for their Annual Recognition of Service to Youth Awards program. The purpose of this event is to honor individuals, service organizations, non-profit agencies, public agencies and corporations throughout San Bernardino County, who have made exceptional and outstanding 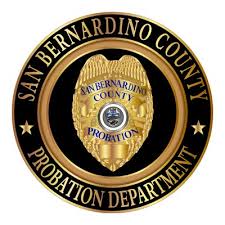 contributions in strengthening and advocating youth programs and services. The focus of these awards is to recognize individuals and agencies who go above and beyond their required job descriptions.

The JJDPC will announce and honor this year’s recipients during its annual awards ceremony on Oct. 10.

Please feel free to forward this information and Nomination Form to others whom you think might be interested.

Additional information and forms may be obtained via e-mail at jjdpc@prob.sbcounty.gov. All nominations must be received no later than Friday, Aug. 17 by 5 p.m.

Do you know someone who helps our county’s young people

The Juvenile Justice and Delinquency Commission of San Bernardino County will hold its Annual Recognition of Service to Youth Awards Ceremony on Oct. 11 to honor individuals, service organizations, nonprofit agencies, public agencies and companies throughout the county who have made exceptional and outstanding contributions in strengthening and advocating youth programs and services. 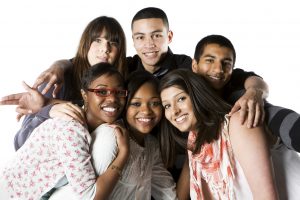 The focus of these awards is to recognize individuals and groups who go above and beyond the call of duty. The commission needs your help in identifying those who should be honored at this special tribute event. The five categories for awards are individual, nonprofit agency, public agency, service organization, and company or corporation.

The nomination form can be found here. Nominations must be submitted by 5 p.m. on Aug. 18.

Make a difference in San Bernardino County by recognizing those who assist young people in our communities.

You can recognize those who help local youth

The Juvenile Justice and Delinquency Commission of San Bernardino County will hold its Annual Recognition of Service to Youth Awards Ceremony on Oct. 12 to honor individuals, service organizations, nonprofit agencies, public agencies and companies throughout the county who have made exceptional and outstanding contributions in strengthening and advocating youth programs and services.

The focus of these awards is to recognize individuals and entities who go above and beyond the call of duty. The commission needs your help in identifying those who should be honored at this special tribute event. The five categories for awards are individual, nonprofit agency, public agency, service organization, and company or corporation.

The nomination form can be found here. Nominations must be submitted by 5 p.m. on Aug. 19.

Make a difference in San Bernardino County by recognizing someone or assists young people in our communities. 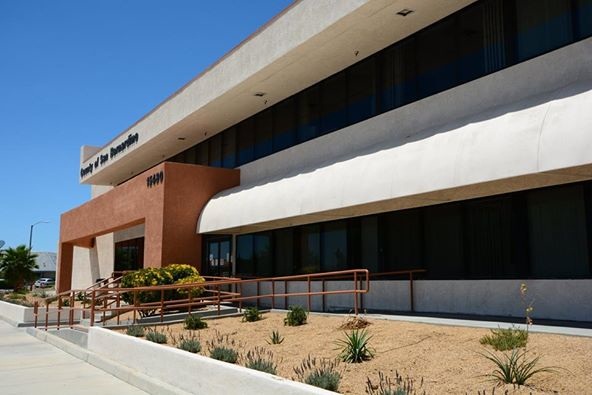 The Probation Department conducted a multi-agency probation compliance operation in the Morongo Valley Thursday night focusing on probationers and AB 109 offenders on supervised release due to the Public Safety Realignment Act of 2011.

The Sheriff’s Department, California Highway Patrol and California Department of Corrections and Rehabilitation Parole Agents teamed with Probation Officers to conduct the sweep. Fifty-six probation officers and support staff were deployed. Total personnel involved in the operation were 73, including 2 probation narcotics K9 teams.

This operation was part of the Probation Department’s on-going mission to conduct saturation compliance operations in which every supervised offender within a specific city or area is targeted for contact. The department accomplishes this by redeploying officers from throughout the county to focus on the target city.

Offenders found to be violation of their terms of release and believed to represent a risk to public safety were arrested immediately.

Offenders with technical violations of probation or simply at risk for re-offense were referred to receive follow-up programming or resources that will assist them in complying with probation terms and succeeding on supervised release.

During the course of the operation 129 home visits and five arrest warrant services were attempted. This resulted in 90 contacts with AB 109 offenders or probationers. The operation produced 16 arrests, two handguns, a Taser, six grams of methamphetamine, five grams of marijuana and one hashish lab.

“Tonight’s compliance sweep in the Morongo Valley is an example of our efforts to conduct field operations everywhere in the county, in both urban and rural areas,” said Chief Probation Officer Michelle Scray Brown. “And, offenders who choose to violate the law or represent a risk to the community while on supervised release will be arrested.” 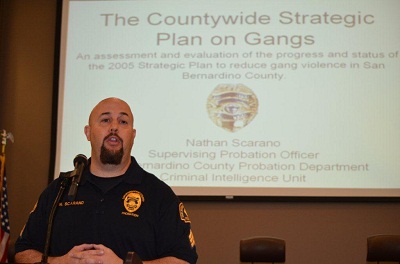 The Probation Department hosted a summit for countywide strategic planning on gangs Tuesday at the Norton Regional Center in San Bernardino.

In 2013, the  Grand Jury looked at the existing Countywide Strategic Plan on Gangs. The inquiry resulted in an evaluation and update of this strategic plan. The plan is being spearheaded by the Probation Department and focuses on the necessary direction for addressing the problem of gang involvement in San Bernardino County.

The updated strategic plan will address community gang violence with the implementation of proven, research-based prevention, intervention and suppression methods. These methods will be delivered in the most cost-effective, tactically efficient manner possible, improving law enforcement’s response to community gang violence.

“Strategic planning is a problem solving approach that provides a framework for action while defining the roles of all participants involved in the process,” said Supervising Probation Officer Nathan Scarano.

Over 50 officials from 19 local law enforcement agencies attended the initial session to outline the implementation of the strategic plan.

Chief Probation Officer Michelle Scray Brown addressed the law enforcement officials who were in attendance, remarking that, “Success in reducing gang violence takes a collaborative effort amongst all law and justice agencies countywide.” 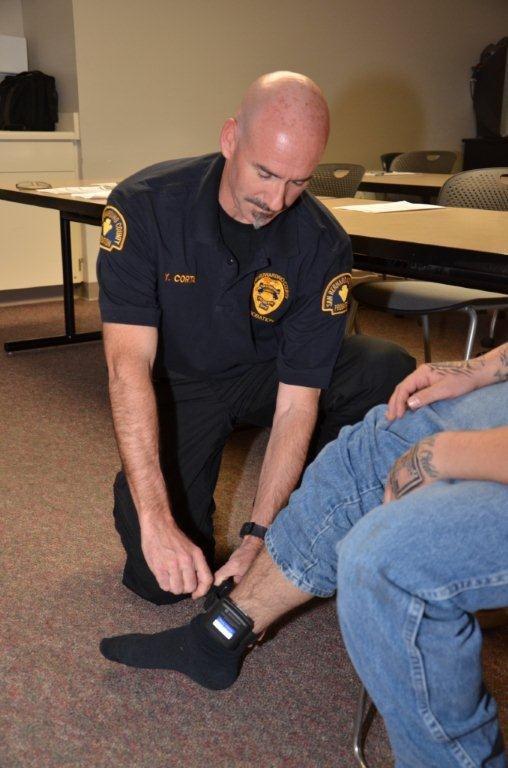 In preparation for Super Bowl weekend, the San Bernardino County Probation Department’s DUI Unit placed 30 high risk offenders on Secure Continuous Remote Alcohol Monitoring devices (SCRAM). The week long operation, nicknamed “Super SCRAM,” will remotely monitor the probationer’s alcohol consumption over a 7 day period ending on Tuesday. Supervising Probation Officer Thomas Shiley stated, “With the potential for alcohol consumption higher during Super Bowl weekend, it is the department’s intent to monitor these offenders to deter alcohol use, but also to raise accountability for those who do choose to drink.”

Offenders subjected to “Super SCRAM” electronic monitoring were selected based on criteria including those with multiple DUI offenses or those whose offenses resulted in serious injury or death. A 2011 California study showed that Hard Core Drunk Drivers (HCDDs) who were monitored with continuous monitoring devices had a re-arrest rate of only one-half the state average for repeat DUI offenders.

Each probationer was fitted with an ankle bracelet device that is equipped with sensors to detect alcohol consumption by measuring ethanol emitted through the individual’s perspiration. This transdermal method can provide continual monitoring without the necessity of an invasive blood drawn sample. The device automatically checks for alcohol every 30 minutes, stores the data and electronically transmits the results every 24 hours for evaluation. The unit can also monitor any attempts to tamper with, obstruct or remove the device.

Should the offender consume alcohol or violate the program requirements they may be arrested and have their grant of probation revoked. Offenders are financially responsible for the costs of installation, daily monitoring fees and any damage to the SCRAM device. 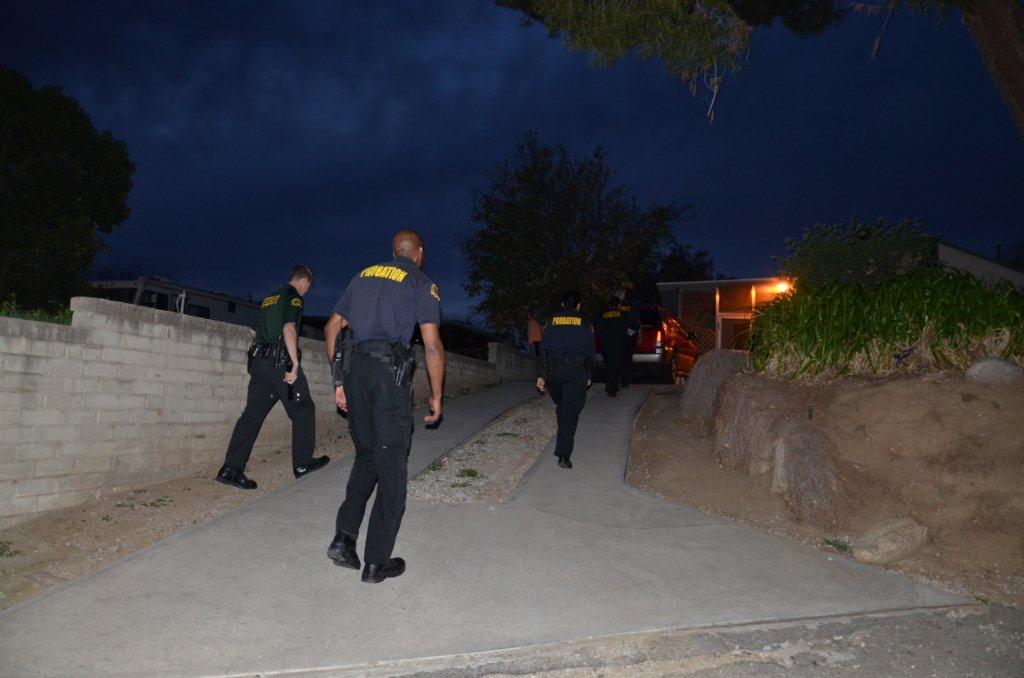 The Probation Department conducted a multi-agency probation compliance operation in the City of Grand Terrace on Tuesday evening. The Sheriff’s Department also participated in the sweep.

Twenty six probation officers, including command and support staff, were deployed in three teams. Five deputy sheriffs participated. Of the 44 offenders residing in the city, 27 were identified for contact. The other offenders were determined to not need contact for various reasons. Twenty-eight home visits were made, resulting in contact with 18 offenders.  Twenty-one residential searches were conducted, which resulted in the confiscation of two rifles, several knives or edged weapons, a small quantity of marijuana, drug paraphernalia, and a cache of stolen identification and credit cards. Nine people were arrested, including two non-probationers. The arrests were for new law violations, probation violations, or for active bench warrants.

Probation officers served an arrest warrant on Jessica Bruton, 25, in the 22000 block of Raven Way. Bruton was on formal probation for possession of stolen property, but a warrant had been issued for her arrest following a violation of her probation. Bruton attempted to flee the rear of the residence, but was arrested by probation officers in the back yard.

“Today’s Grand Terrace operation is an example of our desire to support cities that have had to contend with the impact of AB 109. Irrespective of the size of the community, our officers will conduct compliance sweeps to provide public safety services,” Chief Probation Officer Michelle Scray Brown said. “This operation predominately targeted probationers. In addition to AB 109 offenders, we still provide supervision of adult and juvenile probationers and offer a wide range of rehabilitative services that prevent re-offense.” 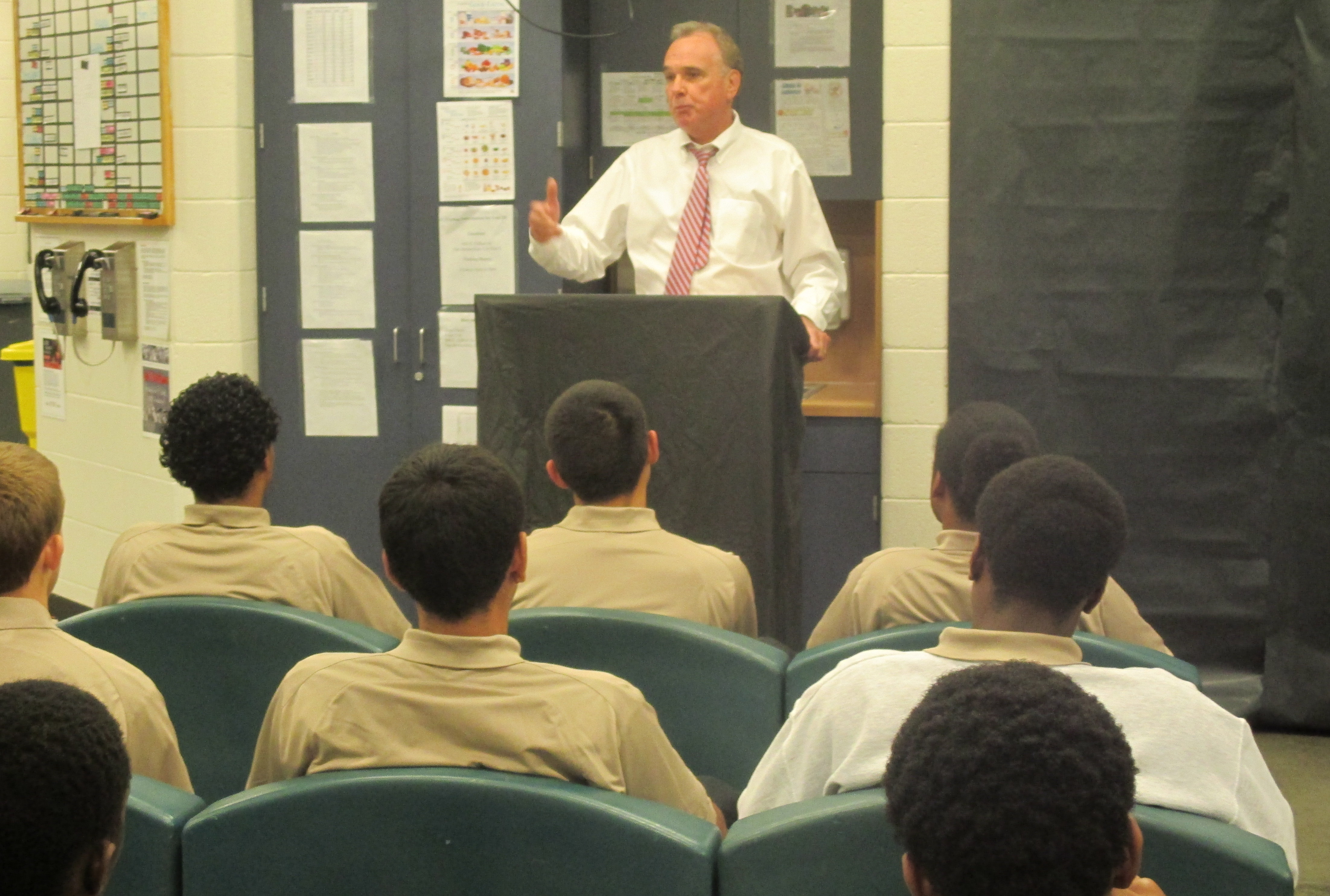 Gateway is a San Bernardino area juvenile placement facility operated by the Probation Department that provides housing and vocational programming for 16 and 17 year old minors to prepare them for emancipation.  The Phoenix Gang Program is an individual component for Gateway youth who have gang involvement in their past.  The twelve week program immerses the youth in counseling and curriculum designed to instill different thinking about gangs and ultimately leads to behavioral changes.  The program is facilitated by Terrance Stone of Young Visionaries and touted as one of the most successful street gang intervention programs in the probation department’s history.

Eight youth graduated from the program on Monday night in front of an audience of 19 other Gateway minors, staff, teachers, and Probation Corrections Officers.  Assemblyman Morrell’s unexpected visit surprised the graduates.