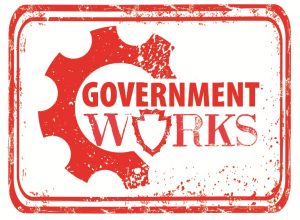 Association of Counties, who recently announced the winners of the 15th anniversary Digital Counties Survey.

“Innovative counties are utilizing technology and data to better inform and protect themselves and their citizens, to save taxpayer money and to provide a better citizen experience,” said Teri Takai, executive director, CDG. “The Center for Digital Government congratulates this year’s winners for all the efforts they are making to improve the lives of their residents and others.”

“Effective technology has proven to be a key tool for efficiency in many facets of county government,” said NACo Executive Director Matthew Chase. “We applaud this year’s Digital Counties Survey winners for showcasing the value of innovation and adaptation. Their embrace of cutting-edge approaches has benefited residents while ensuring good stewardship of taxpayer resources.”

Several County departmental websites along with other government sites in California, Ohio, New York and Maryland were vandalized by hackers on Sunday morning.

No County data was accessed, compromised or at risk.

The County reported the situation to law enforcement and disabled the affected websites soon after the intrusion occurred. The County Information Services Department quickly identified the source of the problem and applied a software patch that addressed the issue. The affected websites were restored to service early Monday morning.

Cybercrime is an ongoing concern and the County’s Information Services Department continuously monitors the County’s networks and prepares to respond to potential attacks.

Recent media reports have suggested that technicians in the county of San Bernardino independently conducted analysis and took steps to reset the iCloud account password associated with the iPhone 5C that was recovered during a federal search following the attack in San Bernardino that killed 14 people and wounded 22 others on December 2, 2015. This is not true.  FBI investigators worked cooperatively with the county of San Bernardino in order to exploit crucial data contained in the iCloud account associated with a county-issued iPhone that was assigned to the suspected terror suspect, Syed Rizwan Farook.

Since the iPhone 5C was locked when investigators seized it during the lawful search on December 3rd, a logical next step was to obtain access to iCloud backups for the phone in order to obtain evidence related to the investigation in the days following the attack. The FBI worked with San Bernardino County to reset the iCloud password on December 6th, as the county owned the account and was able to reset the password in order to provide immediate access to the iCloud backup data.  The reset of the iCloud account password does not impact Apple’s ability to assist with the the court order under the All Writs Act.

The last iCloud data backup of the iPhone 5C was 10/19 and, based on other evidence, investigators know that Syed Rizwan Farook had been using the phone after 10/19.  It is unknown whether an additional iCloud backup of the phone after that date — if one had been technically possible — would have yielded any data.

Through previous testing, we know that direct data extraction from an iOS device often provides more data than an iCloud backup contains.  Even if the password had not been changed and Apple could have turned on the auto-backup and loaded it to the cloud, there might be information on the phone that would not be accessible without Apple’s assistance as required by the All Writs Act order, since the iCloud backup does not contain everything on an iPhone.  As the government’s pleadings state, the government’s objective was, and still is, to extract as much evidence as possible from the phone.

When it comes to technology, San Bernardino County is one of the most innovative and pioneering counties in the nation, according to the Center for Digital Government and the National Association of Counties.

San Bernardino County ranked 8th in the nation following the Center for Digital Government’s 2015 Digital Counties Survey, which identifies best technology practices of counties in the United States. The Center for Digital Government is a national research and advisory institute focused on technology policy and best practices in state and local government.

“Once again, San Bernardino County shows its excellence on a national scale,” said Board of Supervisors Chairman James Ramos. “I commend our Information Services Department for staying ahead of the curve in an ever-changing industry and serving the public with convenience and transparency.”

The Digital Counties Survey found the Countywide Vision was a driving force to make the County’s business transparent with open data, public-facing websites, mobile apps and social media. The County’s Open Government Portal provides the public with information on campaign finance disclosures, property records, employee pay, and budget information. Public safety initiatives include upgrading a communication system that is compatible with neighboring governments and a radio policy that standardizes communications between emergency medical services personnel and hospitals. In addition, the Information Services Department in partnership with other County departments designed an automated referral system for Arrowhead Regional Medical Center, eliminating an outdated manual process to improve data accuracy and integrity.

The Center for Digital Government will present the awards today during the NACo annual conference in Charlotte, North Carolina.

During the past four years, San Bernardino County has claimed nearly 150 national and state innovation awards for developing or improving services for county residents and investors. Last month, the County led the nation in claiming 46 Achievement Awards from the National Association of Counties.

Since 2010, the County’s Information Services Department has continued to receive high marks when it comes to making sure systems such as the County’s email and databases are operating efficiently with minimal service interruptions to County departments that serve the public.

Citizens depend on the County’s web sites to collect information and get access to services 24 hours a day.

Published October 7, 2014 | By County of San Bernardino | Leave a comment

Did you know the County’s Superior Court On-Call Warrants system was recognized by the California Association of Counties (CSAC) with a Challenge Award? 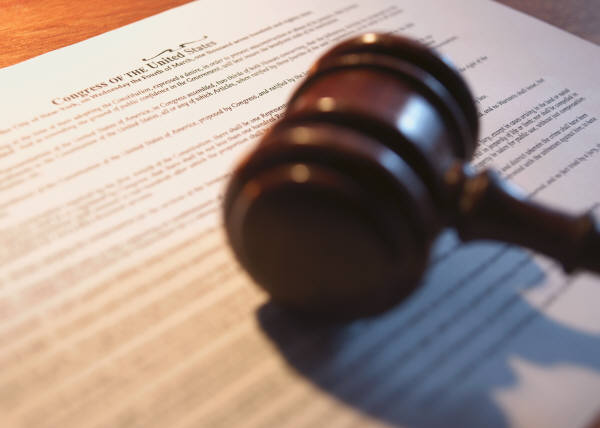 The system was designed by the Information Services Department to help judges review, sign, and deliver search warrants with a digital and mobile system accessed anytime and anywhere. Prior to development of the electronic system, a series of sometimes inconvenient phone calls and faxes between law enforcement and on-call judges had to be made causing delays in the approval process. Now judges review, annotate, and approve warrants anytime using a mobile web-based application.

Average wait time is about 15 minutes.

The annual CSAC awards are considered a highly competitive recognition program that honors the best and most innovative among California’s 58 counties. The award was presented in November 2013. 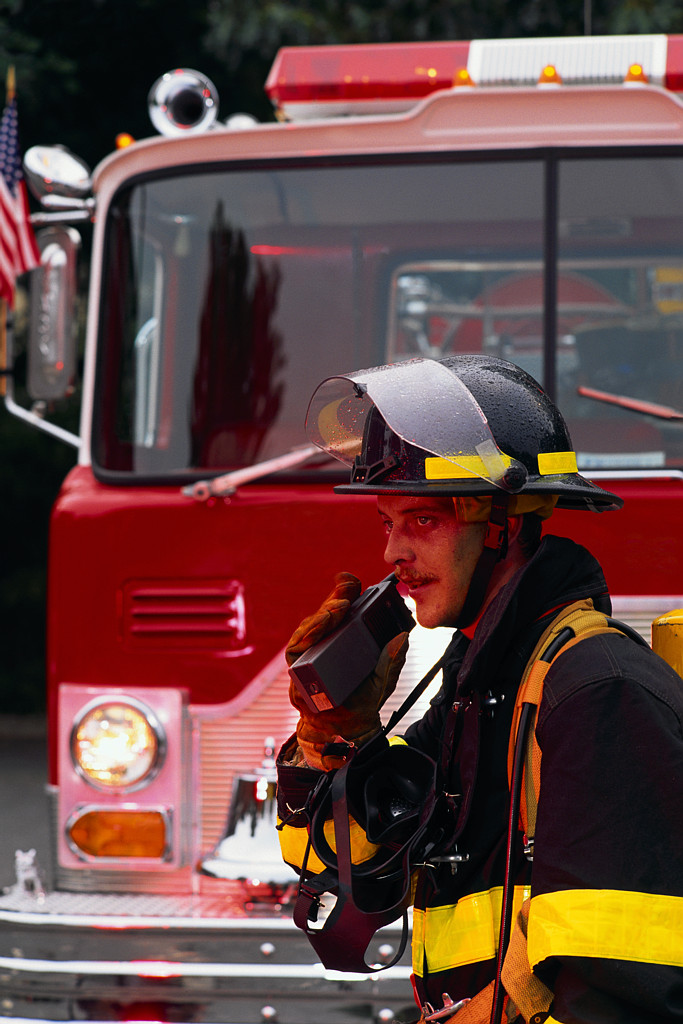 Buying some replacement parts on eBay and raiding refuse piles for others, San Bernardino County definitely got its money’s worth out of its woefully obsolete, decades-old 800 MHz public safety radio system.

The Board of Supervisors on Tuesday acted to update the system, which serves all police and firefighting agencies in America’s largest county, into a state-of-the-art Motorola Project 25 communications system compatible with systems in all neighboring counties and states as well as military bases within the county. The system will also allow the county and its 24 cities and towns to use their existing radios, saving millions in scarce local taxpayer dollars.

“The Board has made a significant investment in the safety of our citizens and the men and women in uniform who protect us,” said Board of Supervisors Chair Janice Rutherford. “And we are doing this without incurring costly debt.”

The upgrade of the county’s public safety radio communication and microwave data transport systems will provide public safety personnel with a new stable and reliable digital communications system supported by its manufacturers. The system will provide improved voice clarity and signal strength, enhanced security features, and the ability to roam without having to manually change radio modes to find the strongest signal.

The project fulfills goals and objectives established by the Board by improving County government operations, operating in a fiscally responsible and business-like manner, and maintaining public safety.

The current system has long been a headache for public safety agencies and the technicians in charge of keeping it up and running. It is no longer supported by its manufacturer, and replacement parts have been difficult to find and will soon be non-existent. County technicians have had to find parts on eBay and similar websites and have even collected parts from agencies disposing of their old systems. The system is so old that the people who know how to fix it are approaching retirement age.

Periodic failures occur, and at some point the system will completely and permanently stop working.

“These systems are expensive, so in a sense, we are pleased we have been able to make it last this long,” Chair Rutherford said. “However, not upgrading our communications infrastructure has become a gamble with public safety that we cannot afford.”

Two years ago, the Board began setting aside $20 million a year to pay for the upgraded system. Continuing this through June 2019 will fully cover the $158.2 million project without incurring the costly debt government agencies often use to fund investments of this size.

The Board’s decision Tuesday also leverages a $40 million investment the County recently made in Motorola Project 25 portable radio and infrastructure equipment. Also, by acting when it did, the Board took advantage of an $18.5 million discount that would have expired on January 1.