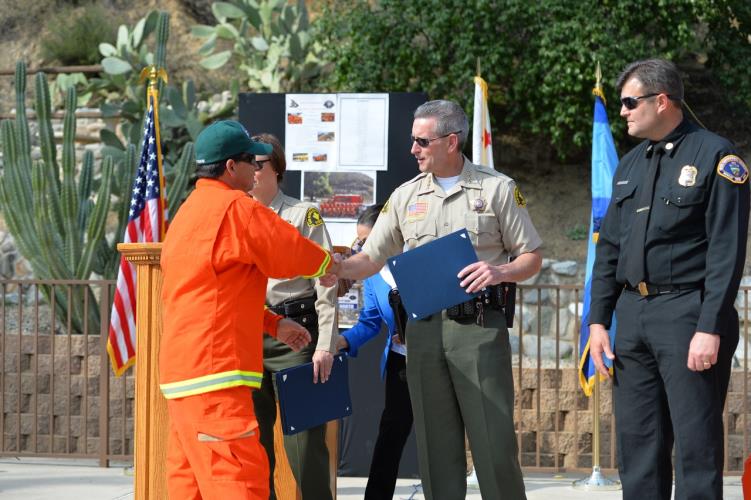 San Bernardino County Fire Chief Mark Hartwig and Sheriff John McMahon announced the graduation of the second County Inmate Fire Crew, also known as Glen Helen 2. In July 2013 Chief Mark Hartwig stated, “We hope this hand crew is the first of many more to come and plan to continue expansion of the program.” That expansion took just six short months, with two additional academies to begin in the near future.

“Educating offenders while incarcerated is a step closer to reducing recidivism.” stated Sheriff John McMahon. “Our goal is to turn their lives around and send them back into mainstream society rehabilitated, educated and ready for employment.”

The fire crew’s main objective is to respond to fire suppression incidents, as well as other types of emergency operations such as sandbagging. The crew also assist with local fuels reduction programs and chipping operations; assisting other county departments in meeting their mission in a cost effective manner.

END_OF_DOCUMENT_TOKEN_TO_BE_REPLACED

Does your child love to fish?

Bring ’em to Cucamonga-Guasti Regional Park in Ontario on Saturday March 29 for a day of fishing fun. Kids will complete in their own trout derby for a chance to win wonderful fishing themed prizes supplied by Bass Pro Shops, Okuma Tackle, and Friends of Regional Parks. 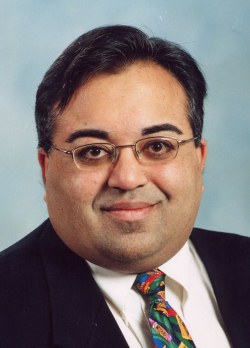 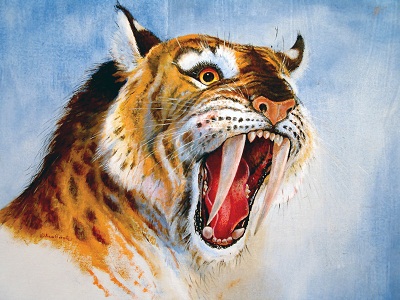 Sabre-toothed cats, those amazing icons of the Ice Ages, roamed western North America more than 10,000 years ago. Armed with long, curved, sabre-like canine teeth, these fearsome predators have captured our imaginations for decades. Join Eric Scott, the San Bernardino County Museum’s curator of paleontology, at the Victor Valley Museum on Sunday, March 16, 2014 at 2 p.m. as he discusses what we know—and what we don’t know—about these remarkable animals and their forebears, showcasing new fossil discoveries from the museum collections. This presentation is free with paid museum admission.

“When one thinks of the Pleistocene Epoch—the ‘Ice Ages’—one frequently envisions sabre-toothed cats,” said Scott. “If you’re a paleontologist but you don’t study Tyrannosaurus or Triceratops, you can still win people over by telling them about sabretooths.”

But the popularity of these extinct animals—even extending to their designation as California’s official state fossil—belies how much we know about them. “How did they hunt?” wonders Scott. “How did they use those sabre-like teeth? What did they like to eat? Did they hunt alone, or in groups? Scientists are asking all sorts of questions like these – and the answers aren’t yet as clear-cut as we might like.”

Sabre-toothed cats are the second most common large mammals at the world-famous Rancho La Brea “tar pits” in nearby Los Angeles. Elsewhere in the American southwest, these predators are far more rare. But recent discoveries by Museum scientists in the desert outside of Las Vegas, Nevada have confirmed that sabre-toothed cats roamed there, as well. These discoveries shed new light on how these animals may have hunted their prey during the Pleistocene Epoch.

The Victor Valley Museum is a branch of the San Bernardino County Museum located at 11873 Apple Valley Road in Apple Valley. The museum is open Wednesday through Sunday from 10 a.m. to 4 p.m. Admission is $5 (adult), $4 (senior or military), and $2.50 (student). Children under 5 and San Bernardino County Museum Association members are free. Parking is free. For more information, visit www.sbcountymuseum.org.

The museum is accessible to persons with disabilities. If assistive listening devices or other auxiliary aids are needed in order to participate in museum exhibits or programs, requests should be made through Museum Visitor Services at least three business days prior to your visit. Visitor Services’ telephone number is 909-307-2669.

Spring forward and check your home safety devices on Sunday 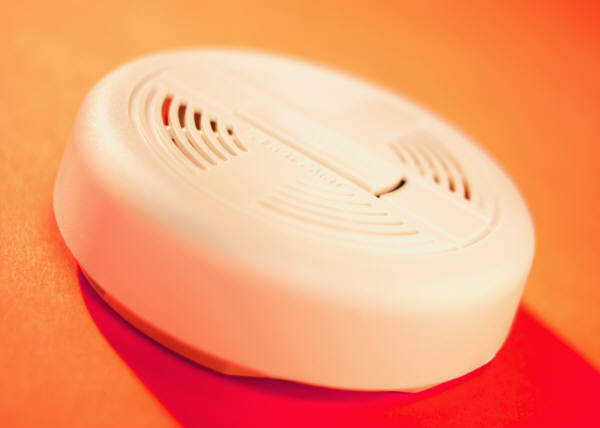 On Sunday March 9 when we spring one hour ahead, make sure to change batteries in all your home safety devices (smoke alarms, carbon monoxide detectors, flashlights, etc.).  Working smoke alarms are critical to helping save your life.  Each month news reports have stressed how important smoke alarms were in either saving a life or unfortunately reporting that someone had died in a home with non-working or no smoke alarms.

If you installed the 10-year lithium smoke alarms then you have eliminated the need for batteries every year; however, a little spring cleaning for your home safety devices will ensure they are free of dust or defect.  Make sure your other devices have new batteries or just check to see if batteries are present.  Checking all your home safety devices can be a family activity which will reinforce to all that safety is a top priority.  Having the devices is the first step, but making sure they are working and having a plan brings safety full circle.

Other steps to help your family stay safe include residential home sprinklers, a home escape plan, and general preparedness for various natural disasters, such as wildfires, floods, earthquakes, etc.  Having a plan and making sure you have all the equipment/items you need will help in your families safety.  For more life safety information, visit www.sbcfire.org. 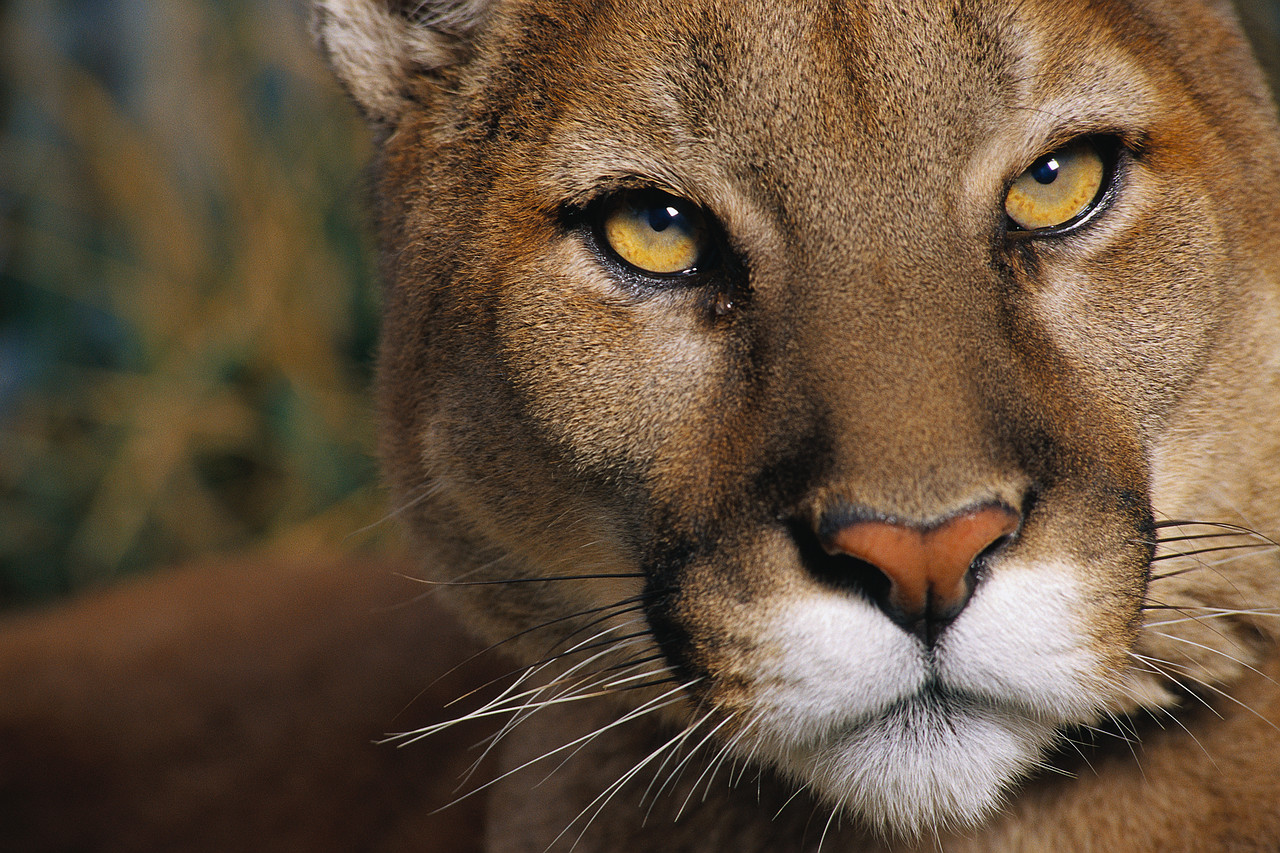 The Rancho Cucamonga Police Department would like to alert area residents of a recent vicious mountain lion attack in a residential area of north Fontana.  The incident occurred approximately one-quarter of a mile from the city of Rancho Cucamonga.  Residents are being warned to avoid hiking or jogging when mountain lions are most active- dawn, dusk, and at night.

Today at approximately 3:30 a.m., officers from the Fontana Police Department responded to the 4100 block of Fox Borough Drive for a report of a mountain lion attack against a 100 pound German Shepherd in a backyard located in the northern part of a Hunter’s Ridge neighborhood. The owner heard the dog in distress and went outside to find a large mountain lion standing over his deceased pet displaying a very aggressive behavior toward the resident.  When officers arrived they found the mountain lion in the front yard. Officers shot at the mountain lion and scared it into the canyon. The mountain lion kept returning and coming towards the officers in front of the residence a total of four times before disappearing into the canyon.  There is no evidence that the lion was ever struck by any rounds.

The Rancho Cucamonga Police Department has deemed the mountain lion an imminent threat to public safety.

Mountain lions are nocturnal animals.  Residents are encouraged to remain vigilant, keep pets inside and call 9-1-1 if you spot the mountain lion in your neighborhood.

Published March 5, 2014 | By County of San Bernardino | Leave a comment 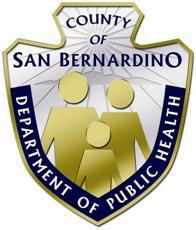 New data reveals that the County of San Bernardino has a significantly higher percentage rate than the state average of stores that sell candy, mint, and liquor flavored non-cigarette tobacco products near schools. This finding is part of new data released today on the availability and marketing of tobacco, alcohol, and unhealthy and healthy food products in stores that sell tobacco – the first time all three categories of products have been analyzed together.

The large survey collected information from more than 7,300 diverse retail stores – including convenience, supermarket, liquor, tobacco, small market, discount, drug, and big-box stores – in all 58 counties, with the goal of shedding light on which products are available and promoted in our communities. Nearly 700 public health representatives, community volunteers and youth participated in the survey, which was conducted from July through October 2013.

“We have made a lot of strides in recent years but, as these survey results show, the tobacco industry and other companies offering unhealthy products are continuing to find new ways and new products to entice our youth, like flavored cigars which are the same price as a pack of gum. These are being marketed throughout our county, many times in stores just a few blocks from schools,” said Dr. Maxwell Ohikhuare, County Health Officer. “We are committed to working with retailers, partners, and parents throughout the County of San Bernardino to protect our kids and make our communities healthier. We all must be educated about how the places we shop are influencing unhealthy behaviors.”

END_OF_DOCUMENT_TOKEN_TO_BE_REPLACED

Published March 5, 2014 | By County of San Bernardino | Leave a comment 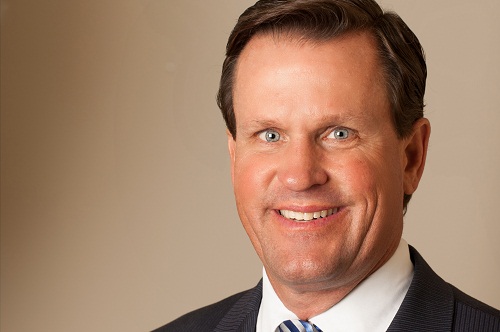 Terry W. Thompson, an experienced and highly qualified manager with deep roots in the region’s business community, has been tapped to serve as the County’s Director of Real Estate Services, succeeding the retiring Dave Slaughter.
The Board of Supervisors last week unanimously approved an employment contract with Thompson, who begins with the County on March 10.
Thompson will oversee 153 employees in Architecture and Engineering, Facilities Management and the Real Estate Division with multiple budgets that aggregate to nearly $380 million. Currently, Architecture and Engineering is managing 275 projects throughout the county, Facilities Management maintains and repairs County-owned facilities, and Real Estate Services manages budgets for rent payments and property management totaling $58.4 million.
“We are excited to have a professional of Terry’s caliber join the organization,” said County Chief Executive Officer Gregory C. Devereaux. “His experience and business background will make for a seamless transition and help the department continue to successfully manage projects.”
Thompson has nearly 30 years of experience in real estate management, development, acquisitions and leasing in the commercial real estate business throughout Southern California.
He is a member and past president of the Southern California chapter of the National Association of Industrial and Office Properties (NAIOP), a prestigious commercial real estate development association.
Thompson comes to the County from W3 Partners LLC in Aliso Viejo where he was managing principal. Over the years, Thompson has managed assets and portfolios in excess of 13 million square feet of commercial properties, coordinated the marketing of land sales and handled a variety of acquisition activities.
Thompson graduated with honors from the University of California, Los Angeles with a bachelor’s degree in economics and business.