The Board of Supervisors today unanimously adopted a balanced budget for the fiscal year that begins on July 1. 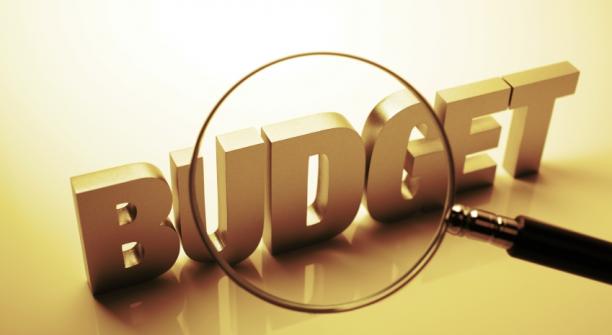 The budget is geared toward achieving the Countywide Vision, www.sbcounty.gov/vision, while reflecting the County’s ongoing struggle to cope with a deep economic downturn and dramatic and continuing increases in pension liabilities.

The $4.8 billion budget is $165.2 million smaller than the current budget and responsibly closes a $21 million gap between projected ongoing revenues and expenses without using reserves to cover ongoing expenses. The gap was fueled primarily by $12 million in federal and state takeaways and $9.7 million to cover the costs of AB 109 state prison realignment.

The budget fills the gap mainly through anticipated concessions from labor union members. If for any reason those concessions do not materialize, the only alternative will be to make deep and drastic cuts to other county programs.

County Chief Executive Officer Greg Devereaux described his staff’s effort to bring the Board a responsibly balanced budget as “two steps forward, one and a half steps back.” The economy has improved and revenues are slowly on the rise. However, it will take the County several more years to recover from the recession, which put the County behind in funding infrastructure, pensions, and basic services.

The economic downturn forced the County to make 47-percent cuts in non-public safety services such as parks, museums, and Registrar of Voters; get many employees to agree to forgo raises and fund their share of retirement contributions; and eliminate funding for community projects.

Needs that have gone unmet include jail staffing, adequate law enforcement patrol and Code Enforcement in unincorporated areas, roads and other needed infrastructure, and funding for worn out vehicles and other equipment.

The budget leaves 84 percent of the recently built 1,392 High Desert Detention Center expansion unstaffed and unused. There are also $117.1 million in county assets – vehicles, computers, etc. – that are beyond their useful life and there is no funding to replace them.

The budget manages to build up County reserves, but reserves will only be at 13.8 percent, which is well below the 20 percent mandated by County Policy. Healthy reserves are essential to maintain the County’s good credit rating and are necessary to fund large projects and to cover unexpected expenses.

“When we have an earthquake we will need this pot of money available,” Mr. Devereaux said. 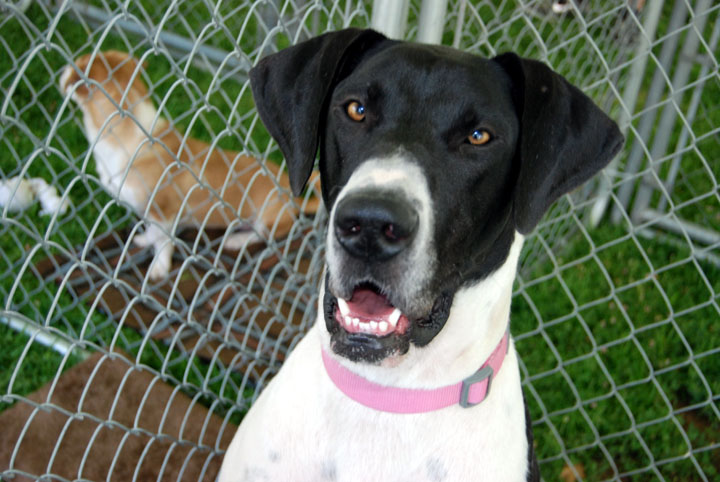 Hundreds of pets in need of loving homes will be available for adoption during the Mega Pet Adoption Event June 28 and 29 at Yucaipa Regional Park. Animal rescue groups from throughout the county will have dogs and cats of all ages, sizes and breeds available for adoption at the two day event. Low-cost vaccinations and micro chipping will be available from 10 am to 2 pm each day. Admission is free to the public; gates will be open from 10 am until 4 pm. Parking for the event will be at the Rick McCown Soccer Complex, which is directly adjacent to the area within Yucaipa Regional Park. The Soccer Complex has a distinct separate entrance from the park.

“The Homeward Bound Mega Pet Adoption Event assists in meeting the health and social services needs of the County’s population and supports the Countywide Vision Statement where all sectors work collaboratively to reach shared goals,” said Brian Cronin, Chief Animal Care and Control. “By building new and expanding existing partnerships among public agencies, businesses, and non-profit and faith based organizations.”

Vendors and animal rescue groups interested in participating should contact Dale Parker dparker@dph.sbcounty.gov, or by calling 1-800-472-5609. Participation is limited and will be filled on a first come basis.

During the first quarter of 2013, the County’s Workforce Investment Board entered into an agreement with the County’s Housing Authority to provide employment and educational services to families eligible under the housing assistance program.

On June 12, 2014, the National Association of Counties recognized the Housing Authority and Workforce Investment Board partnership with an Achievement Award in the category of Employment and Training. The award was just one of 31 San Bernardino County received from NaCo this year for our innovative programs, surpassing its own record of 27 NaCo awards in 2011. 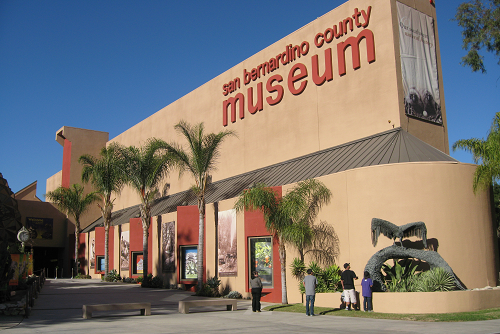 Registrations are being accepted for a week-long San Bernardino County Museum Summer Day Camp session that starts on Monday, July 7 and runs through Friday, July 11 at the museum in Redlands. Camp starts at 8:30 a.m. and lasts to 2:30 p.m. Campers must be at least 7 years old and have finished first grade. The fee is $155 per child ($135 per child for members of the Museum Association). Summer Day Camp registration forms are available at the museum’s front desk, on line at www.sbcounty.gov/museum, or can be requested by calling (909) 307-2669.

“The theme of this Summer Day Camp session is Investigating Animals,” said Jolene Redvale, the museum’s curator of education. “From the microscopic to the gigantic, furred, feathered and fabulous, kids love animals. We’ll collect, observe, and study animals and their behavior. Campers will pose scientific questions and conduct research to find answers. They will make and use science field notebooks to help focus observations and collect data, and take home to use as they continue animal studies on their own. And of course, they will pet, cuddle and romp with Exploration Station residents. All animals—all week long!”

During a family party from 1:30 to 2:30 on the last day of Day Camp, campers will become interpretive guides, sharing what they learned with family and friends in the Exploration Station Live Animal Gallery.

Space is limited and early registration is encouraged. All materials and activities are included in the fees; campers bring their own sack lunch and snack. Some camp activities are sponsored in part by Loma Linda University and the National Science Foundation. A limited number of scholarships are available by application; contact the museum’s education division for information.

The County of San Bernardino this week surpassed its own record, winning 31 Achievement Awards from the National Association of Counties for its innovative programs and services, including top honors for the Countywide Vision as well as the State of the County event, which promotes the Vision.

Last year, the County won 18 NACo awards and has won an average of 14 NACo awards annually for the past 10 years. The most awards the County received from NACo were 27 in 2011. The NACo Achievement Awards Program recognizes innovative county government programs in the areas of children and youth, criminal justice, county administration, environmental protection, information technology, and health.

This year, San Bernardino County led the region with more awards than the counties of Los Angeles, Orange, Riverside and Ventura. Only 29 of California’s 58 counties received top awards.

“San Bernardino County consistently earns these accolades because we encourage our employees to share their ideas on how to improve services and find efficiencies so we can better serve our residents and businesses,” Board of Supervisors Chair Janice Rutherford said.

The Board of Supervisors will recognize and honor the people and departments responsible for the 2014 winning programs and services at an upcoming public meeting.

END_OF_DOCUMENT_TOKEN_TO_BE_REPLACED

If you know a youth or young adult ages 15-25 let them know about the Youth Financial Fitness Class.

They will learn about savings, budgeting, credit and goal planning.

The course is free and those attending will have the chance to win money to start a savings account.

If you have any questions contact Community Development and Housing Department at 909.387.4389. For more information, click here.

Did you know the Department of  Public Health Division of Environmental Health Services won an award from the National Association of Counties last year for their online program for food industry workers?

The program allows food workers to have access to food worker training and testing. The online program is available in five languages and can be accessed at any time.

There was a 55 percent increase in food worker card compliance from 2010-11 to 2011-12 after the online feature debuted. To view information about the online program, click here.

This is another example of how Government Works.

Excavate something big at your local library

The San Bernardino County Library invites you to travel back to the dinosaur days and join our Summer Reading Program for fun filled and educational programs and performers.

Each of our 32 branches are offering a program for all ages so stomp in, sign up and begin earning awesome rewards for reading! The best part: this program is absolutely free!

Four larger than life dinosaurs have invaded the Lewis Library in Fontana, James S. Thalman Library in Chino Hills, Hesperia Branch Library and Newton T. Bass Library in Apple Valley. The dinosaurs will only be here for 2 weeks so come see them before they’re extinct.

Participating in the Summer Reading Program has dino-sized benefits. Studies show children who read at least 5 books over the summer will maintain their reading level for the next school year so let’s get out there are READ!

Calling all dino supporters – for the second year, the San Bernardino County Library has partnered with Barnes & Noble in Redlands to host a Summer Bookfair in connection with the Summer Reading Program. From now until Saturday, August 9, 2014, if you shop at the Redlands Barnes & Noble store and mention the County Library or show this voucher here, the County Library will receive a percentage of the sales. The money earned will be used to purchase new youth materials for all 32 library branches.

For more dino-mite information visit our website at www.sbclib.org.

On Tuesday, June 17, the Board of Supervisors will conduct a public hearing and then consider adoption of a balanced budget for the fiscal year that begins on July 1. 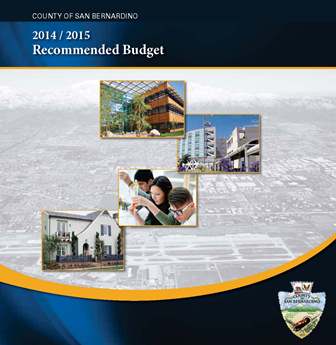 The $4.8 billion recommended budget is $165.2 million smaller than the current budget and reflects the County’s effort to achieve the Countywide Vision. It also reflects the County’s ongoing struggle to recover from the Great Recession and cope with dramatic increases in pension liabilities. However, it does manage to fund the  first phase of High Desert Detention Center staffing, fully fund the County’s leave liability, invest more in road maintenance and improvements, and fund an upgrade to the County’s public safety radio system without incurring additional debt.

Community and faith-based organizations and the public who are interested in gaining knowledge on suicide and bullying are invited to attend a forum on the issues on June 18.

The purpose of the Suicide and Bullying Multi-Cultural Awareness Forum is to promote further understanding of suicide and bullying on a universal and multicultural level and to encourage mental wellness when dealing with these sensitive topics.

The forum will be held from 9 a.m. to 4 p.m. Wednesday, June 18 at the Double Tree Hilton Empire Ballroom, 222 N. Vineyard Avenue in Ontario.

The Cultural-Specific Committees of the Department of Behavioral Health in partnership with Riverside – San Bernardino County Indian Health Inc. will be hosting the forum.

Keynote presentations will be made by Dulce Peña, JD, MAOD, MA, PCC; Arnold Thomas, MSW; and Patti Cotton, MA, MAOD, PCC. Along with the keynote presentations, the Suicide and Bullying Multi-Cultural Awareness Forum will be comprised of 10 culturally-specific breakout sessions and a treatment-based suicide and bullying awareness panel.