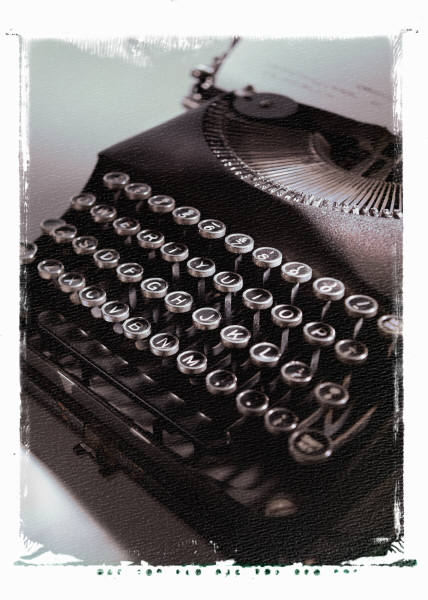 Joan Hedges McCall has been a well-known educator and community volunteer in Redlands for more than thirty years. Her monthly column, “Regarding Redlands,” and numerous feature articles have appeared in the Redlands Daily Facts. Joan McCall has been a history teacher and a teacher librarian. She holds a BA degree from Pomona College and an MA degree from Azusa Pacific University. In Redlands Remembered, McCall relates how and why the town developed out of dusty, semi-arid lands into a green belt of orange groves, parks and Victorian homes.

Don D. Christensen has 37 years of experience doing archaeological survey, excavation, and rock art recording for a number of cultural resource management companies and federal agencies in Arizona, California, Nevada, and Utay. He has published numerous articles in journals and authored technical reports for federal resource agencies. Jerry Dickey did his academic fieldwork on prehistoric archaic sites and has documented rock art for the Grand Canyon National Park, Grand Canyon—Parashant National Monument, BLM/Arizona Strip, and the Kaibab National Forest since 1992. He whas written and co-authored numerous articles that have been published in academic journals. Steven M. Freers has been involved in rock art research aned conservation for the past 25 years and has worked closely with tribal societies. In 1994 he co-authored Fading Images, a book on southern California rock art, and served five years as the senior editor for the American Rock Art Research Association. The three authors, with help from their colleagues, have formally documented nearly 450 rock art sites on both sides of the Grand Canyon between the Mogollon Rim and the Utah border. Their research is ongoing. Their work, presented in Rock Art of the Grand Canyon Region by over 425 photographs and 30 drawings, is a preliminary classification of this rock art within a chronological framework and associated cultural affiliations.

Scott Klemm is a retired high school history teacher who lives in California and has a collection of antique locks and keys. Late in 2008, he self-published a limited edition, Ancient Locks: The Evolutionary Development of the Lock and Key. A second book, Unlocking the Portals of History, was published by the San Bernardino County Museum Association in 2013. In it he tells the story of the evolution of the lock and key by examining its many artifacts, all of which pay tribute to the ingenuity of the human spirit.

Rhea Frances Tetley is a fourth generation Californian whose family developed Valley of Enchantment, which has become a neighborhood community of current day Crestline, near Lake Arrowhead. She is a past president and a founder of the Crest Forest/Rim of the World Historical Society, a local history writer for the Alpenhorn News and the Crestline Chronicle, and the author of Images of America: Lake Arrowhead and Chrestline Chronicles.

Vicki Wedel, Assistant Professor of Anatomy at Western University of Health Sciences, Pomona, is a forensic anthropologist who earned her Ph.D. at the University of California, Santa Cruz. She is co-author of Broken Bones: Broken Bones: An Anthropological. Analysis of Blunt Force Trauma, which comprehensively explores and provides an overview of the principles behind the interpretation of skeletal blunt force trauma and a discussion on how to train for a career in forensic anthropology.

Ann Cordy Deegan and Maria Y. Carillo are the authors of Early Redlands. Redlands saw rapid town building from 1880 to 1920. Many early residents came for their health and for the mild winters. These included the wealthy, introducing beautiful mansions, parks, and philanthropic investment. This economic boon fostered over 30 professional photographers, producing the legacy of high-quality photographs that illustrate this book. Ann Deegan, author and former museum curator, and Maria Carillo, associate archivist of A.K. Smiley Public Library, Redlands, California, bring their passion for history and photographs to tell the story of this period.

Thomas McGovern is a photographer, writer, and professor of art at California State University, San Bernaridno. He is the author of Bearing Witness (to AIDS), Amazing Grace, and Hard Boys + Bad Girls and his photographs are in the permanent collections of The Museum of Fine Arts, Houston; The Brooklyn Museum of Art; The Baltimore Museum of Art; The Museum of the City of New York; and the New York Historical Society, among others. Juan Delgado has published several books of poetry, El Campo, A Rush of Hands, and Green Web, which received the Contemporary Poetry Series Award. He holds an M.F.A. from the University of California at Irvine, where he was also a Regents Fellow. He is a professor of English and director of the M.F.A. program in creative writing at California State University, San Bernardino. Their book, Vital Signs: Portraits and poems from a shifting landscape, takes us on a walk through one of California’s largest cities: San Bernardino, celebrating the working-class Latino communities of the Inland Empire and the intensity of their stories.

Aimmee Rodriguez, a library specialist, wrote her thesis on the Harris family and the corporation they built. Richard Hanks, a history professor and former archivist in the Inland Empire, has published many articles on local history. Robin Hanks, a graphic artist, has designed books for local authors. The Harris Company is packed with nearly 200 vintage photos of the grand old San Bernardino department store in its glory years. Browsing this book is like going back in time and browsing the aisles.

Mary Ruth Hughes, a local author presently living in Apple Valley, is a native of Oklahoma. Centered on the people of Indian Territory before Oklahoma statehood, her romance novel Tishomingo has recently been optioned for a movie. Hughes has written nine other books, including Willow Flower’s Gift, a children’s book, and Native American Recipes.

Kathryn Hewitt, illustrator of the Lives of … series, will demonstrate illustration techniques and do sketches for visitors. Robert Mardis, organizer, designer and storyteller, will share games he has developed for the County Museum and Calico Ghost Town Regional Park.