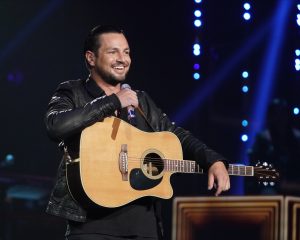 The 24-year-old is a native of the High Desert and the first winner of American Idol from Southern California.

“I am extremely proud to hear that our first ever Southern Californian American Idol winner comes from San Bernardino County,” said First District Supervisor Col. Paul Cook (Ret.). “Congratulations Chayce, we are all proud of you and excited to see you embark on this new journey.”

Beckham was born in Victorville and lived in Hesperia and Apple Valley where he attended Vanguard Preparatory School and Sitting Bull Academy. He got his first guitar when he was three years old. Before Idol, Beckham and his friends formed a band called the Sinking Sailors performing punk, reggae and funk music and they frequently played local gigs. He last worked as a heavy machine operator for United Rentals.

The gravel-voiced country singer and songwriter wowed Idol judges Lionel Richie, Katy Perry and Luke Bryan and ultimately viewers at home who voted him the winner of the popular singing competition. As the 2021 American Idol winner, Beckham takes home a cash prize and most importantly, a record deal of his own.

While on American Idol, Beckham wrote and recorded his own hit single, “23” which rose to No. 1 on iTunes Country charts and No. 2 on iTunes Top 10 songs.

A year ago, Beckham decided to audition for American Idol at the urging of his family.