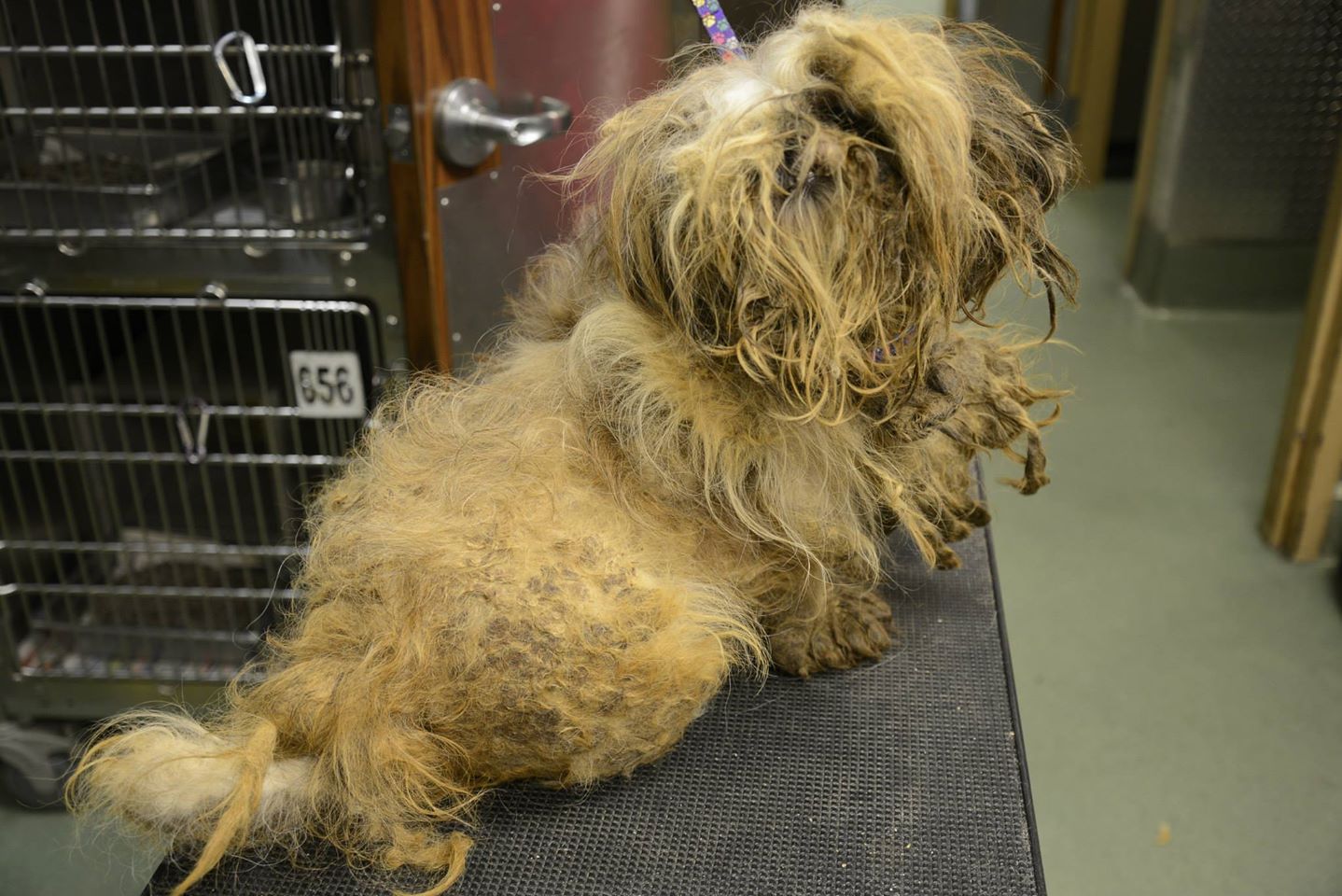 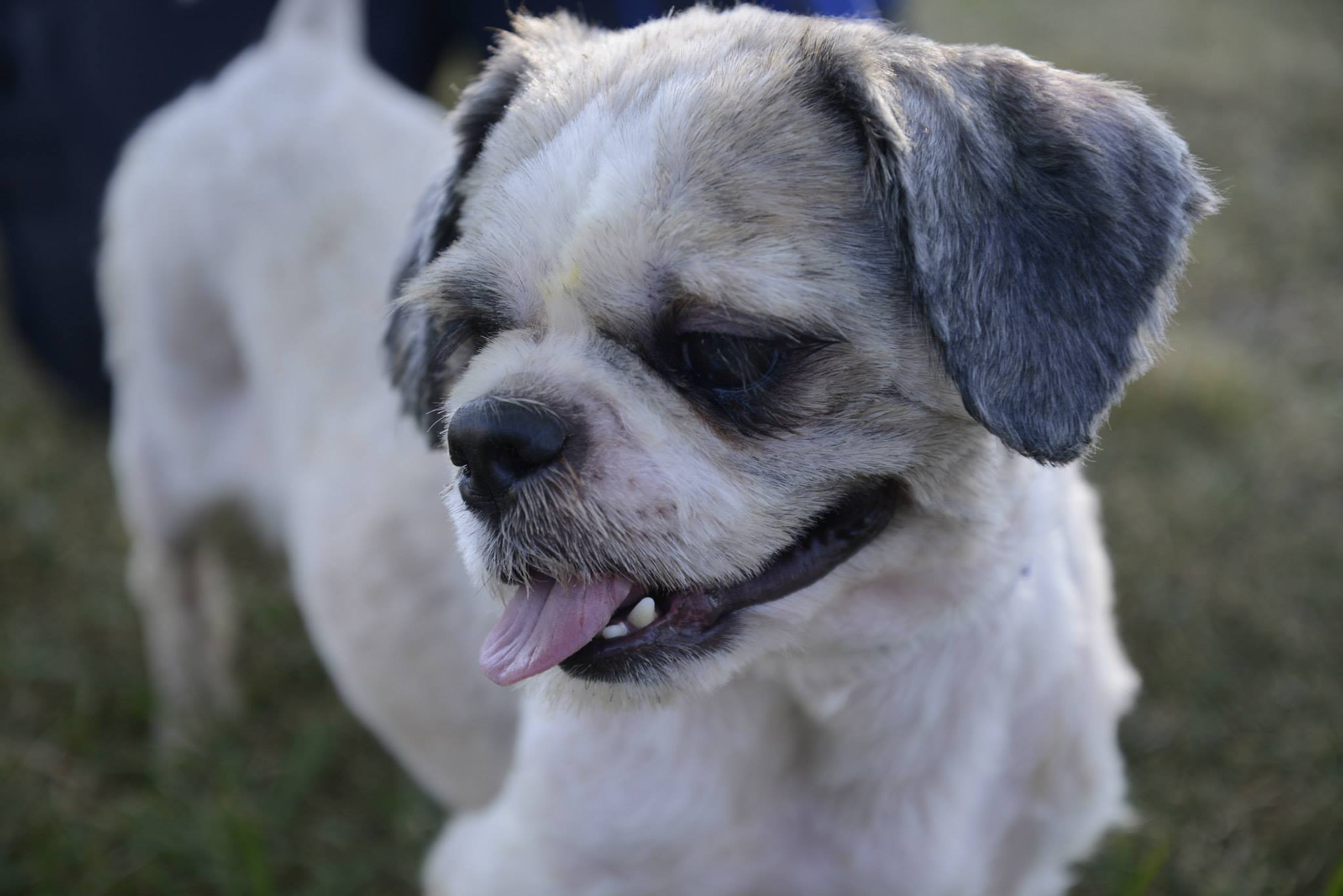 On Wednesday, July 2, 2014,  Animal Care and Control found 38 dogs and 17 cats, who were surrendered by a dog hoarder and transported to a veterinarian.

The small shih tzu-like dogs were so badly matted, some with their own excrement, that their faces were not visible and one could not easily distinguish the front from the back of the dog. On July 4th, Animal Care and Control staff and groomers from Cutie Pie’s Grooming spent the day grooming dozens of these neglected dogs.

“Babe” and the other dogs have been released for adoption beginning today at 10 a.m. at the Devore Animal Shelter at 19777 Shelter Way, San Bernardino, CA. Visit Facebook.com/HomewardBoundPets or call 909 386-9820 for more information.

This video shows the nearly two hours it took to groom “Babe” and the other dogs: http://youtu.be/2eotMA_bFQE

The photos above depict “Babe’s” condition before and after grooming. “Babe” as he was named by his hoarder, is now healthy and happy and on the road to recovery.

2 thoughts on "Dogs in hoarding case available for adoption"