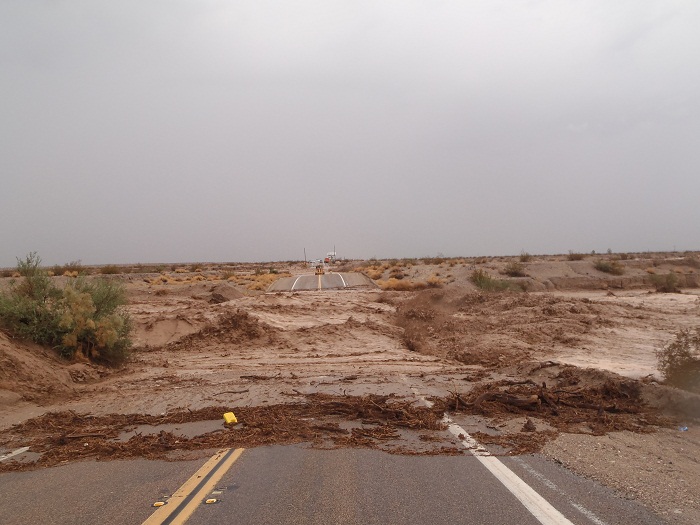 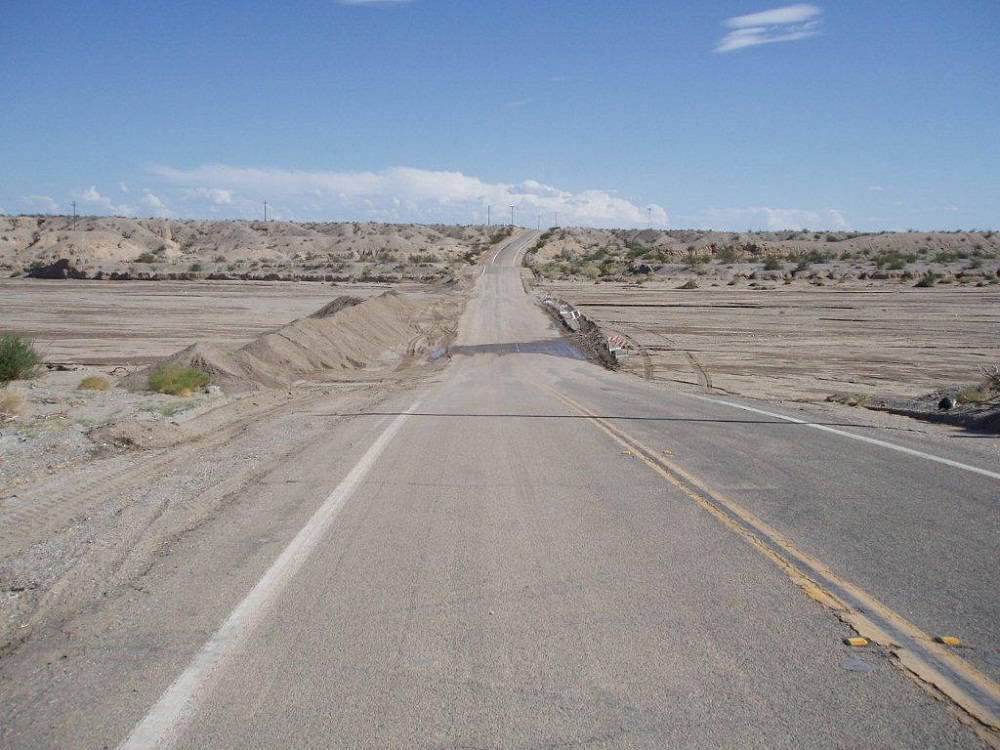 Needles District Maintenance Supervisor Donald Toy took the picture to the left of the storm damage across Needles Highway following a series of thunderstorms this month.

The many storms that affected a huge portion of San Bernardino County on August 3 from the foothills of the valley to the Colorado River caused the Board of Supervisors to declare an emergency in order to seek state and federal disaster funds.

The single largest drainage system in eastern San Bernardino County are the Piute Washes on Needles Highway. This watershed magnet collects precipitation from as far away as the Sacramento Mountains, 30 miles to the west to the Piute Range that protects the Mohave National Preserve’s eastern border into Nevada. This flow of rain runoff will at times travel from as far away as Searchlight, Nevada 70 miles to the north. The runoff destination is the Colorado River which is 300 yards east of the Piute Washes north of Needles.

Motorists to Laughlin, Nevada who use Needles Highway will witness flows from Piute Washes causing road closures as maintenance crews wait so debris can be removed. Sometimes, drivers are stranded between washes and must wait for the water to subside before venturing forward.
This week, Public Works crews cleared the mud and debris and got the highway opened up quickly as seen on the right. This is an example of how Government Works.