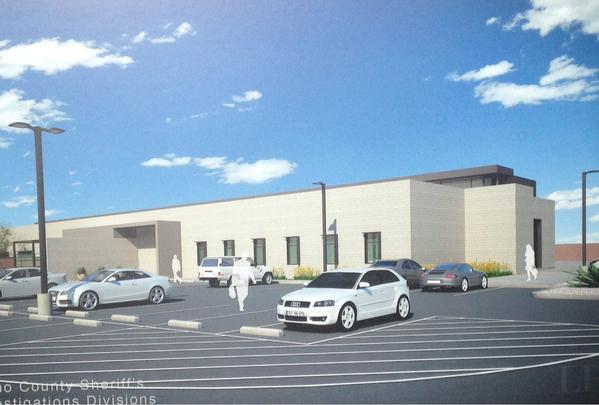 In June 2007, the Board of Supervisors allocated $25 million for the construction of a new crime lab. Several studies were done, along with a needs assessment. Between 2009 and 2012 the department evaluated several options, from remodeling the existing building to building a new one. In 2013, the department selected LPA Inc. to design the new 20,000 square foot laboratory annex. The new building will cost $17 million and will be located west of the current 35,000 square foot crime lab building. In September 2014, AMG & Associates Inc. was awarded the contract for the new construction. The following units will be moving into the new crime lab: