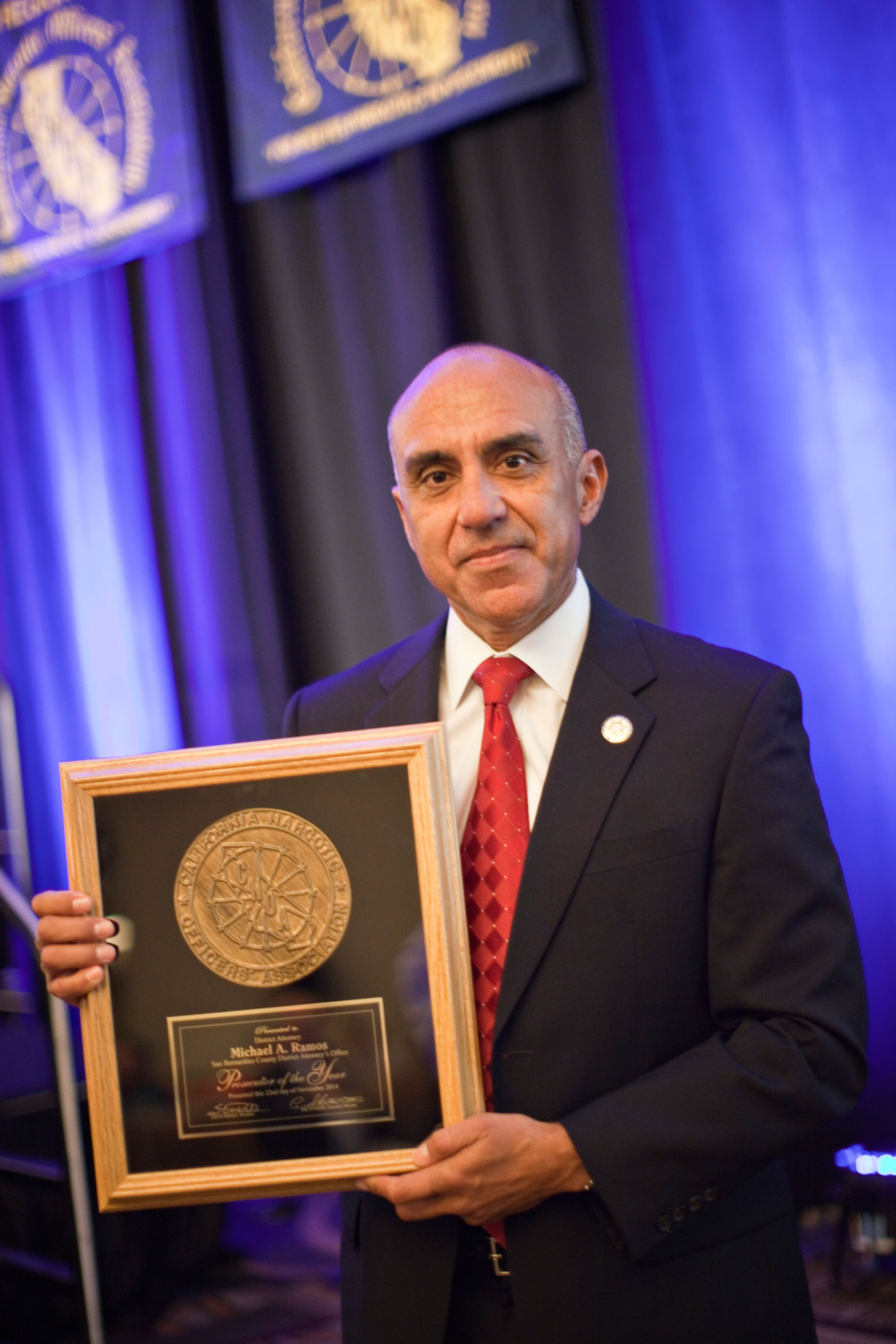 District Attorney Mike Ramos has been named statewide “Prosecutor of the Year” by the California Narcotics Officers’ Association (CNOA).

Ramos was honored Saturday afternoon at the Anaheim Hilton at the Opening Session of the CNOA 50th Annual Training Institute.

According to CNOA, the award was established to identify, recognize, and honor prosecutors throughout California who are committed to the strong enforcement of narcotic laws. This person should be selected on basis of a long-standing record of contributions, or for his or her extraordinary efforts as a prosecutor.

The award was presented by Executive Director Joe Stewart who alluded to the fact that during the early ’90s, San Bernardino County was acknowledged as the “meth lab capitol” of California, and Mr. Ramos spent many of his formative years as a prosecutor learning how to try and convict narcotics traffickers and methamphetamine manufacturers.

“These experiences stuck with him during his three terms as the elected District Attorney and have influenced his current efforts to support narcotics investigators and do his part to help fight the war on drugs in San Bernardino County,” Stewart said.

For Ramos, it was an honor to receive CNOA’s Prosecutor of the Year Award during the 50th Anniversary conference

“Everything we do in and out of the courtroom is based on teamwork and a shared vision of seeking justice on behalf of victims and making sure our communities our safe,” Ramos said. “This award is not only a testament to the hard work of my staff, but a reflection of the very investigations that make a successful prosecution possible in the first place. Thank you to CNOA and its members for this distinguished honor and for the work that they do fighting drug use and enforcing narcotic laws.”

The California Narcotic Officers’ Association is a non-profit, corporation dedicated to providing high quality training for law enforcement professionals. Since 1964, CNOA has grown to become the largest non-profit Training Association in California, with over 7,000 members.