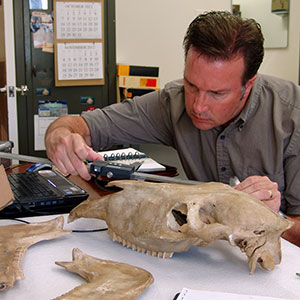 Horses are icons of the American West. Whether it’s prospectors, cowboys, natives, or settlers in their covered wagons, one can’t help but imagine horses alongside them all. But horses have a connection with the west that goes far deeper than just human history, reaching back to the Ice Ages and beyond. On Saturday, January 10, join Curator of Paleontology Eric Scott at the San Bernardino County Museum in Redlands for his illustrated lecture, “Ice Age Horses of the American West”. The presentation is included with paid museum admission.

“Much of the land beneath our feet is rich in fossils from the Pleistocene Epoch, or the ‘Ice Ages’,” said Scott. “Horses are among the most common animals we find in the rock record here. The remains we find locally are important for understanding Ice Age horses all over the continent.”

Native to North America, horses have been key players in ancient ecosystems for over fifty million years, and were mainstays of large mammal communities throughout the Ice Ages. Because of this success, Pleistocene horse fossils are extremely abundant throughout the American west. Scott’s research focuses on these remains. His studies have taken him to tar pits, frozen caves, and blistering southwestern deserts. His lecture will showcase some of his recent work at a variety of these sites, notably the Tule Springs site in southern Nevada and Natural Trap Cave in northern Wyoming. He’ll also discuss his research in museum collections throughout the US. 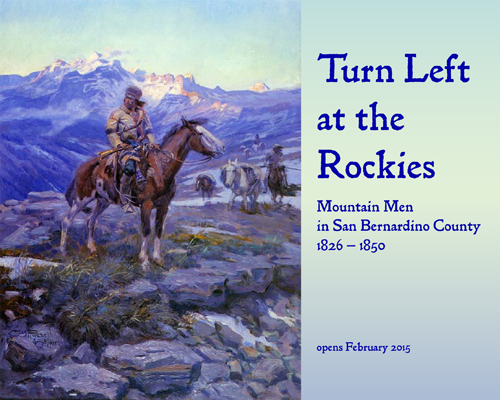 Anticipating the museum’s planned February opening of the new exhibit “Turn Left at the Rockies: Mountain Men in San Bernardino County”, Scott’s lecture will touch also on the historic aspect of horses in our region. “Redlands and San Bernardino – in fact, our whole county – were built on the backs of horses,” says Scott. “Our regional geology even contributed to a few escapades involving horses, including the largest episode of ‘horse rustling’ in history!”

The San Bernardino County Museum is at 2024 Orange Tree Lane, at the California Street exit from Interstate 10 in Redlands. The museum is open Tuesdays through Sundays from 9 am to 5pm. General admission is $10 (adult), $8 (military or senior), $7 (student), and $5 (child aged 5 to 12). Children under five and Museum Association members are admitted free. Parking is free. For more information, visit www.sbcountymuseum.org. The museum is accessible to persons with disabilities.