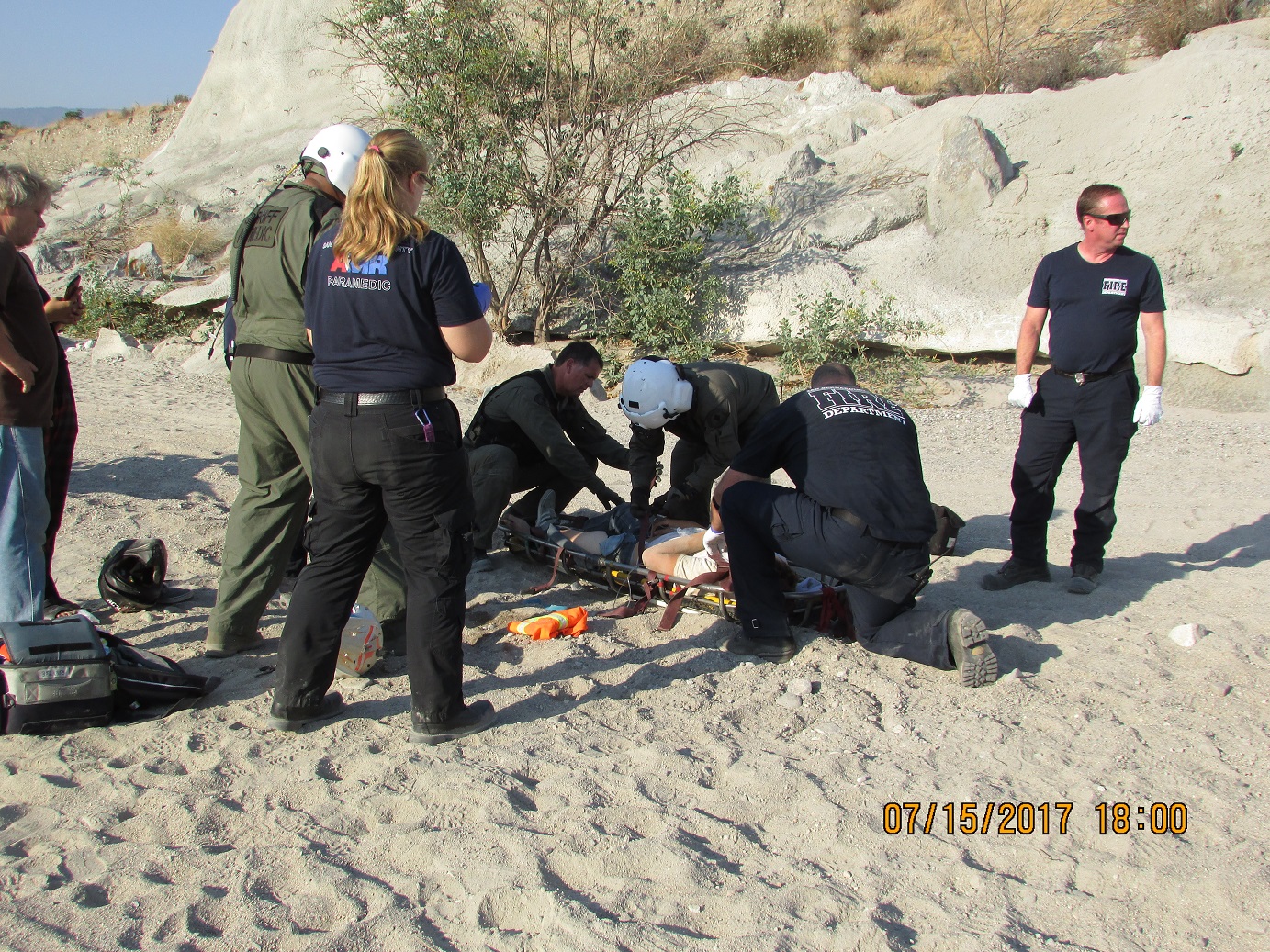 San Bernardino County Code Enforcement officers helped rescue a 17-year-old dirt bike rider who had seriously injured himself after crashing in a flood control wash in Lytle Creek on Saturday.

Off-Highway Vehicle Officer Mike Lopez was on patrol in the Lytle Creek wash between Highland Avenue and Baseline when he saw the teenager who had crashed.

Due to the extreme nature of the terrain in t

he wash, paramedics did not have immediate access to get medical care to the injured rider so Peterson took the paramedics, a fire captain and their rescue gear into a County-issued Toyota Tacoma TX Pro so they could quickly get through the terrain to the rider and help him.

Once they reached the rider, the fire captain noticed the rider had multiple femur fractures and other injuries and called for a helicopter to take him Loma Linda University Medical Center.

The teenager’s family members were briefed at a command post on Highland Avenue to get updates about his condition and where he would be taken for treatment. No updates on the rider’s condition are available due to privacy issues.

“Officers Lopez and Peterson did an outstanding job of assisting the injured juvenile rider and facilitating rescue efforts,” Oram said. Because the rider’s injuries were very serious, if Officer Lopez had not discovered the juvenile rider in a timely manner after his injury, I’m sure the outcome of his accident could have been much worse. Because of Officer Lopez’s experience in the Marine Corps and his first aid training, he was able to calmly direct resources and assets and assist the injured juvenile in a very effective manner.”