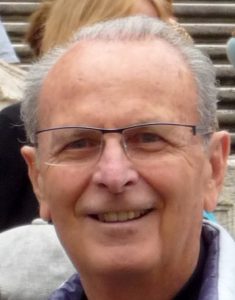 Mr. Hammock was born on November 20, 1940, in Lenwood shortly after his parents migrated to California from Eagle Pass, Texas. In 1944 his family moved to Rialto. Mr. Hammock attended San Bernardino High School, San Bernardino Valley College and Cal Poly Pomona, where he majored in aeronautical engineering. He worked in the title business from 1962 to 1969, and as a civil engineering technician from 1969 until 1976, when he was elected to the Board of Supervisors.

He served on the Board of Supervisors from 1976 through 1992, serving twice as Chairman of the Board. Prior to that, Mr. Hammock served for eight years as a member of the San Bernardino City Council.

Mr. Hammock served as president of what is now known as the San Bernardino County Transportation Authority and San Bernardino Council of Governments, and co-chaired the earliest efforts to redevelop the former Norton Air Force Base in San Bernardino. He was also a candidate for Congress in 1990 and 1992.

He also served on the San Bernardino County Criminal Justice Planning Committee and the governing board of the South Coast Air Quality Management District.

Mr. Hammock was actively involved in many civic activities including the Arrowhead United Way, California Jay-Cees, March of Dimes, Boy Scouts, and many others. He served on numerous Boards and Commissions. During the Vietnam War he conceived and directed “Newspapers for Viet Nam”, a program in which Sunday editions of the San Bernardino Sun-Telegram were mailed to U.S. soldiers serving in Vietnam.

Following his retirement from the Board of Supervisors, Mr. Hammock launched a successful government advocacy firm, Empire Consulting. He enjoyed golf, traveling, and spending time with his family.

Services for Mr. Hammock are private. Mr. Hammock’s family suggested that those who wish to honor and remember the former Supervisor consider supporting the American Cancer Society or the Leukemia & Lymphoma Society.