Celebrate Lt. Jim Considine – a hero of our own 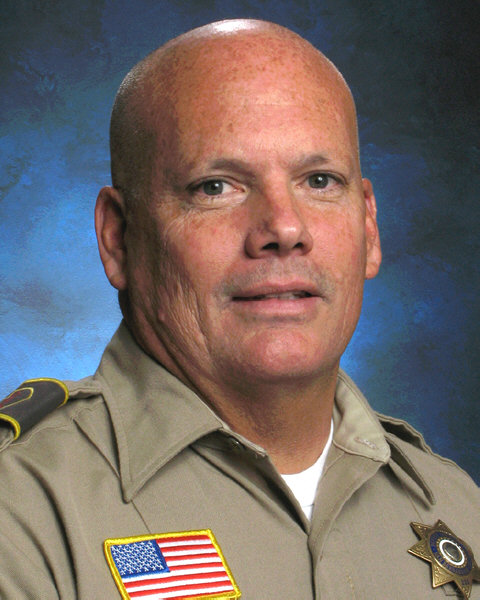 San Bernardino County Sheriff’s Lt. Jim Considine, who was shot and wounded after a traffic stop in the county area of Victorville nearly 21 years ago, will be honored as Hero of the Night at an upcoming Ontario Reign hockey game.

On Sept. 27, 1997, Lt. Considine was a deputy sheriff assigned to patrol and was assisting his partner on a traffic stop when the assailant did not stop immediately and lured them to an isolated area.

Once there, the suspect opened fire on Lt. Considine and other deputies using an AK-47 assault rifle at close range. Lt. Considine was wounded four times, but returned fire and killed the attacker.

Lt. Considine recovered from his injuries, but one of his legs was so badly injured it prevented him from serving as a deputy any longer.

Eventually, Lt. Considine’s leg was amputated, he was fitted with a prosthetic leg and he decided to return to the Sheriff’s Department. Lt. Considine not only qualified as a deputy sheriff, he went on to pass through the most rigorous S.W.A.T. program imaginable and graduated at the top of his class.

At the time of the shooting, Lt. Considine was holding a MAGLITE flashlight which now sits in the MAGLITE Museum with the AK-47 round lodged inside. He believes it saved his life.

The public is invited to attend the Ontario Reign hockey game at 7 p.m. Wednesday, March 14 where Lt. Considine will be honored during a special ceremony and given the opportunity to drop the puck. The game will be held at Citizens Business Bank Arena, 4000 Ontario Center in Ontario.

One thought on "Celebrate Lt. Jim Considine – a hero of our own"