May the 4th Be With You returns to the County Museum 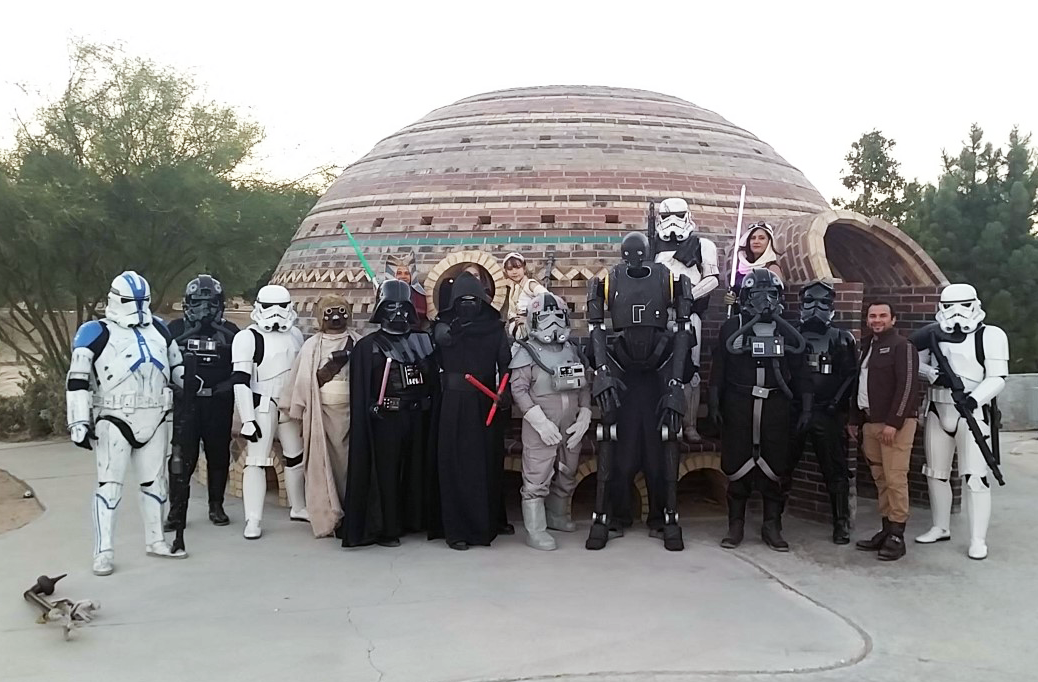 Event will Feature the IE Squad of the Southern California Garrison, 501st Legion

The San Bernardino County Museum will celebrate their third annual May the Fourth event, Friday, May 4, 6 to 8 p.m. in honor of what popular culture has dubbed “International Star Wars Day.” The science-based, hands-on party underscores the imagination and fun of the Star Wars science fiction phenomenon and will feature an exciting appearance by members of the Inland Empire Squad of the Southern California Garrison, 501st Legion in full trooper regalia. Guests are encouraged to arrive in their own creative costumes.

May the 4th is informally recognized as Star Wars Day, as the date provides an easy pun, first coined in 1979, on the Star Wars phrase “May the Force be with you.” The museum’s third annual event will also feature StarLab, a portable planetarium with views of the galaxy, DJ Eturnal spinning space and Star Wars themed dance music throughout the night, a photo booth, and themed scavenger hunts. Light refreshments for the whole family will be hosted by the San Bernardino County Museum Association.

The Inland Empire Squad of the Southern California Garrison, 501st Legion is part of an all-volunteer group of Star Wars fans formed for the purpose of bringing together talented costume enthusiasts to contribute to the local community through costumed charity and volunteer work. According to the group’s mission, “Nothing professes your passion quite like building your own detailed costume replica of a classic Star Wars villain, and there’s nothing quite like the feeling that comes from bringing the characters of Star Wars into the real world and sharing the magic with others.”

Museum Director Melissa Russo said, “Over the last two years we’ve had increased attendance at this event, not just because it relates to a beloved movie series, but because the innovation and storytelling in the series is profoundly engaging to a broad community of sci-fi enthusiasts. We’re honored, and a little terrified that the 501st Legion will be joining us this year, which includes the likes of Stormtroopers, Clone Troopers and possibly Darth Vadar himself.”

Admission is $10 per adult and $5 for children age 12 and under and Museum members.

May the Fourth and the County Museum’s other exciting events and exhibits reflect the effort by the Board of Supervisors to achieve the Countywide Vision by celebrating arts, culture, and education in the county, creating quality of life for residents and visitors.

The San Bernardino County Museum is at 2024 Orange Tree Lane, at the California Street exit from Interstate 10 in Redlands. Parking is free. For more information, visit www.sbcounty.gov/museum. The museum is accessible to persons with disabilities.