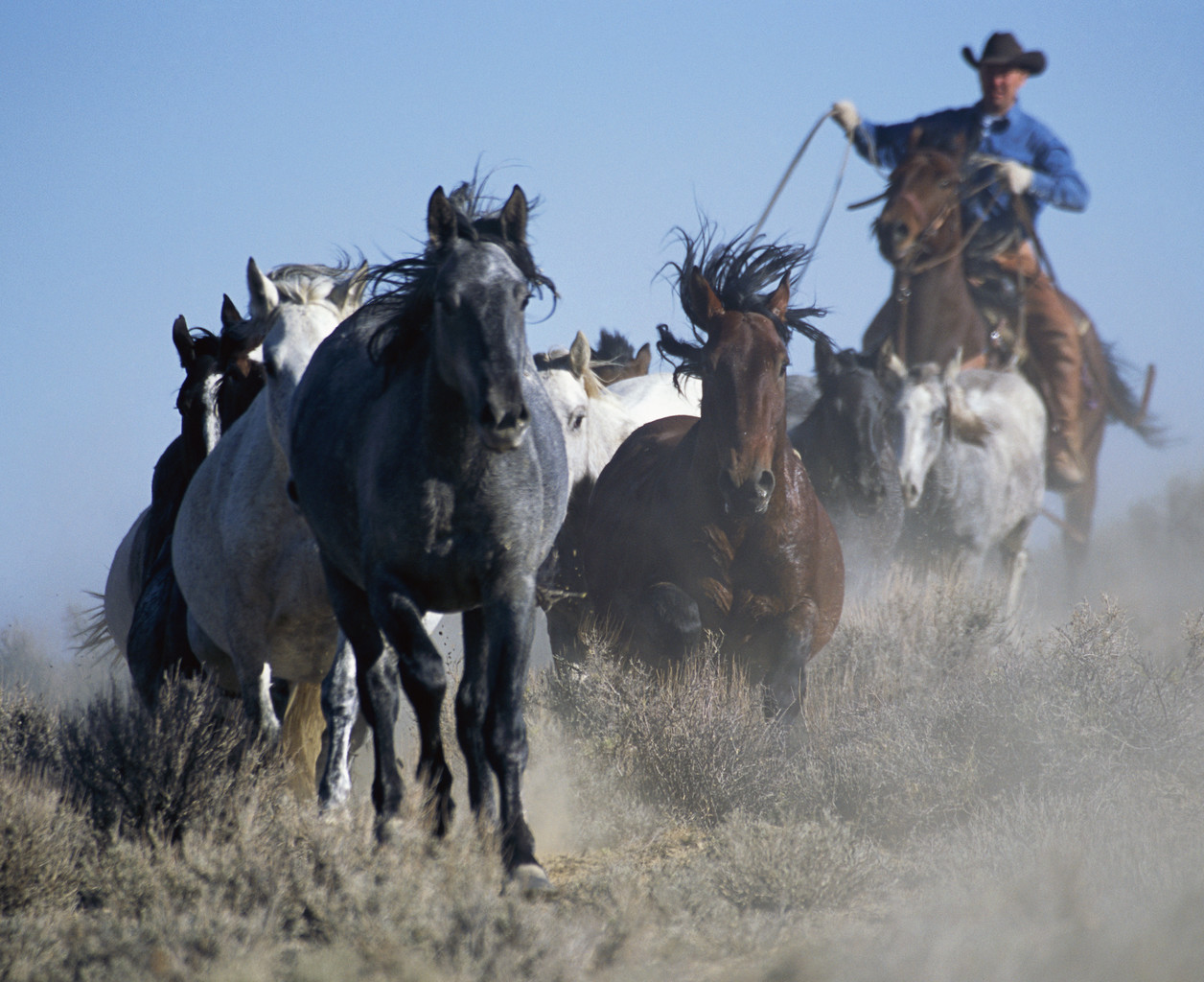 Horses are American icons, running free over the open deserts and plains of the west. Now the very ground beneath their hooves is yielding clues about their deep ancestry. New fossils from the upper Las Vegas Wash outside of Las Vegas, Nevada, are forcing scientists to reconsider horse evolution and extinction in the American west. These fossils are the focus of a presentation by Eric Scott, Curator of Paleontology at the San Bernardino County Museum in Redlands, on Sunday, December 15 at 2:00 p.m. The illustrated lecture, “Through the Desert on a Horse with No Name,” is free with paid museum admission.

Tule Springs and the upper Las Vegas Wash have been known to contain fossils from the Pleistocene Epoch – the “Ice Ages” – for over a century, but the full paleontological richness of the area was not recognized until intensive studies by the County Museum were initiated over a decade ago. These ongoing investigations, funded through a research grant from the Las Vegas field office of the Bureau Land Management, have documented hundreds of localities and thousands of fossils of long-extinct mammoths, camels, bison, and horses, among other mammals. But many of these fossils, including those of horses, are often fragmentary, making it difficult to determine exactly how many species lived here during the Ice Ages.

In late 2012, County Museum scientists excavating an Ice Age mammoth skeleton from Tule Springs uncovered a skull and lower jaw of an extinct species of horse. The new finds preserved anatomical features never before seen in any horses from Tule Springs, making firm identifications possible for the first time. The fossils belong to the extinct species Equus scotti, a large horse common in much of western North America during the Pleistocene Epoch. This species has never before been reported from Tule Springs or Nevada. The site yielding the remains has been dated to over 13,000 years in age, making the fossils among the youngest records of Equus scotti anywhere in North America.

Equus scotti was a highly successful species throughout much of western North America for most of the Ice Ages. The new discovery shows that these horses survived in southern Nevada right up until the end of the Pleistocene – a fact never before known. But in southern California, the species was replaced in the later Ice Ages by an anatomically distinct form.

“That’s likely either a pulse of evolution – a speciation event – or else the immigration of a different species northwards into California from Mexico,” said Scott. “Either way, we can now clarify the timing and geographic extent of this episode, and the relationships of these two species, in a very exciting way. And it means we had as many as four horse species living in the American southwest at the end of the Ice Ages. Compared to horses today, that’s quite a lot of species!”