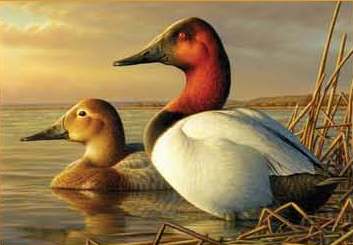 Television host Roger Martin of “Out and About,” aired a special on the County Museum’s federal duck stamp exhibit.

The exhibit showcases the work of artists who have won the annual Federal Duck Stamp competition including 2013 winner Adam Grimm, and his 7-year-old daughter, Madison Grimm, who coincidentally won the junior competition that same year.

Father and daughter are also interviewed about their artwork in the video along with County Museum Director Robert McKernan.

The U.S. Fish and Wildlife Service sponsors the contest each year and the money raised from the duck stamps benefits conservation programs.