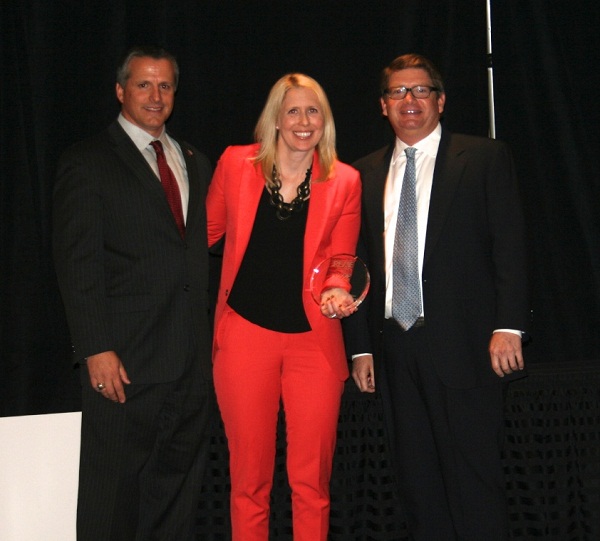 The County of San Bernardino was recently awarded the honor of “2013 Public Partner of the Year” by NAIOP Inland Empire Chapter as part of its annual REXIE Awards (Real Estate Excellence Inland Empire) program.
The REXIE Awards is the premier annual event for the commercial real estate community in the Inland Empire. The program recognizes the excellence that the industry has created throughout the Inland Empire as well as the dedication of outstanding individuals, companies and public partners.
The Public Partner of the Year is open to all cities, counties and agencies located within the Inland Empire. The award highlights those public partners that went above and beyond to best support the overall real estate industry efforts for the better good of all vested parties.
“We are committed to providing businesses, owners, developers, residents and other key stakeholders with an environment that encourages job growth and economic success,” said Kelly Reenders, the County’s economic development administrator. “We are honored by this recognition but even more importantly feel that it emphasizes the critical relationship between the public and private sector in building a strong regional economy.”
“The County of San Bernardino continues to set the bar in the Inland Empire in terms of how a public agency can work as a partner and asset for the positive future of the real estate industry,” said Stephen Batcheller, partner with Panattoni Development Company and 2014 president of NAIOP Inland Empire chapter.