Hear the cry of the Quagga at the County Museum 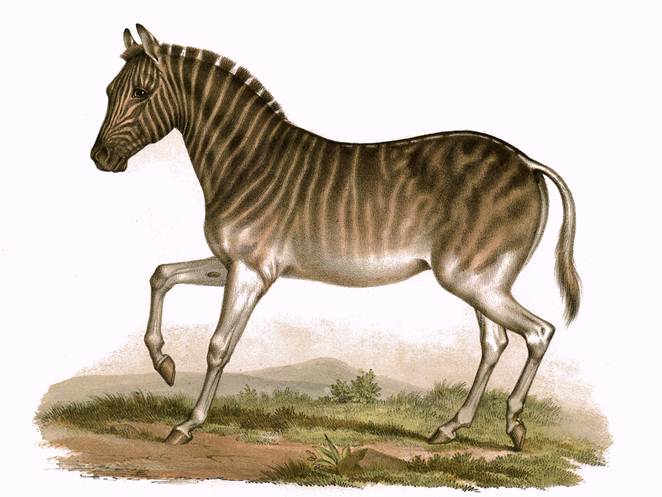 Eric Scott, Curator of Paleontology at the San Bernardino County Museum in Redlands, will give an illustrated lecture, “The Cry of the Quagga,” at the museum in Redlands on Sunday, February 9th at 2 p.m. The program, which celebrates the annual worldwide celebration of the birth of Charles Darwin, is free with paid museum admission.

Centuries ago, over the plains and deserts of South Africa, an unusual animal called a quagga roamed widely, covering the land in herds that often numbered in the thousands. Looking like a cross between a horse and a zebra, these rare and beautiful animals were emblems of their homeland. Their exotic appearance captured the attention and interest of European naturalists, and even Charles Darwin had a few words to say about quaggas as he sought to more fully elucidate his “law of natural selection”—what we refer to today as the scientific theory of evolution..

Scott’s illustrated lecture, “The Cry of the Quagga”, is a visual tour of the history of the quagga. He will weave the history of this animal and its extinction into the story of the development of evolutionary theory and into ongoing paleontological investigations, as well. His talk will examine what we know and don’t know about the quagga and its place in biology and whether the extinction of this animal is truly final.