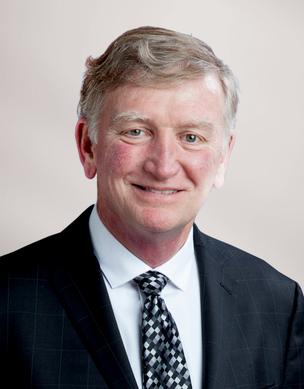 Today, the Board of Supervisors approved an employment contract with Mr. Foley who has more than 40 years of experience in healthcare, holding positions such as managing director, president, and chief executive officer of several large health care systems across the United States.

In addition to serving as managing director of Huron Healthcare working on the Riverside County project, Mr. Foley recently served as chief executive officer for the Cook County Health and Hospitals System in Chicago.

“Arrowhead Regional Medical Center is one of the region’s largest hospitals. More than 258,000 outpatients relied on ARMC for service last year. Our county will clearly benefit from Mr. Foley’s leadership and experience,” said Board of Supervisors Chair Janice Rutherford, who served on the interview panel that unanimously selected Foley following an extensive nationwide search and selection process.

The director at ARMC is responsible for directing, planning, and administering all medical programs and services, ensuring that inpatient and outpatient medical care services are provided to the residents of San Bernardino County.

The director is responsible for developing and implementing policies, procedures, systems, and programs that are compliant with regulatory, licensing, and accrediting agencies, including all federal and state laws, statutes, and County ordinances while also directing the review of contracts for services provided by the medical center, and directing and implementation of the medical center budget.

Mr. Foley has a bachelor’s degree in Sociology from St. Louis University, where he minored in Urban Planning and a master’s degree in Hospital and Health Administration from Xavier University. He is a current board member with the Illinois Hospital Association, American Heart Association (Metropolitan Chicago), and the Metropolitan Chicago Healthcare Council. He has also been a board member with the California Association of Public Hospitals, Central Coast Alliance for Health and several other associations over his extensive career.

The County’s contract with Mr. Foley calls for him to earn a salary of $301,173. He would succeed Patrick Petre, who left ARMC in November for another position in healthcare.