A biological attack, or bioterrorism, is the intentional release of viruses, bacteria, or other germs that can sicken or kill people, livestock, or crops. Bacillus anthracis, the bacteria that causes anthrax, is one of the most likely agents to be used in a biological attack.

The Public Health Department has developed systems for rapid detection and investigation of disease outbreaks that could be the first indication of a biological attack. Early detection of illness caused by a bioterrorist attack saves lives. The earlier an act of bioterrorism is reported, the earlier it can be controlled. Local hospitals and doctors will be the first to see illness in the event of a bioterrorist attack. Health care staff assists in early detection efforts by reporting unusual disease occurrence to the Public Health Department and by learning the syndromes associated with possible bioterrorist disease agents. 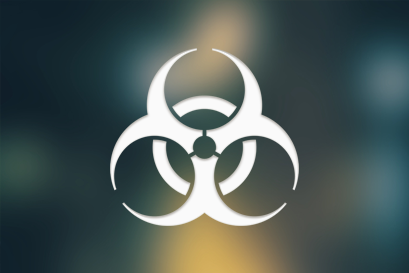 What Is A Biological Agent?

A biological agent is a bacteria, virus, or toxin that can be used in a bioterrorism attack. Biological agents are labeled or categorized by how much harm they can cause. For example, Category A agents can cause more harm than Category C agents.

What Is A Biological Attack?

A biological attack is the willful or deliberate release of germs or other biological agents than can make people sick. Some biological agents, such as anthrax, do not cause contagious diseases. Others, like the smallpox virus, result in diseases you can catch from other people. Many of these substances must either be inhaled, enter the skin through a cut, or be eaten to make a person sick.

How Can I Protect Myself?

In the event of a biological release or attack, remain calm and stay close to a radio or television for important official information. If you are nearby an attack: 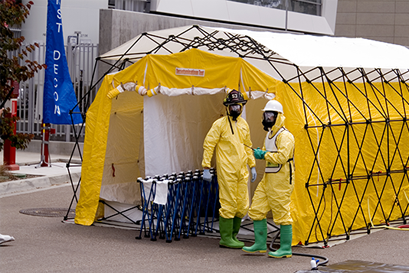 Category A Biological Agents
The public health system and primary healthcare providers must be prepared to address various biological agents, including pathogens that are rarely seen in the United States. High-priority agents include organisms that pose a risk to national security because they:

Category B Diseases/Agents
Second highest priority agents include those that:

Category C Diseases/Agents
Third highest priority agents include emerging pathogens that could be engineered for mass dissemination in the future because of:

Although these agents are rarely seen in the United States, we must be prepared because they pose the greatest risk to national security for the following reasons:

What Is A Chemical Emergency?

Chemical Agents That Pose A Threat By Category

Scientists often group hazardous chemicals by the type of chemical or by the effects a chemical would have on people who come in contact with it. The main four groups or types used of chemical agents are as follows: 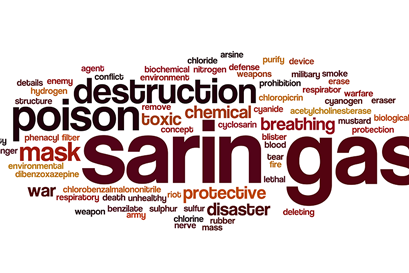 How Can I Prepare?

All San Bernardino County residents should prepare NOW for a chemical emergency. You can get ready in advance by learning more about the risks and health threats some chemicals can cause.

How Can I Protect Myself?

You could protect yourself during a chemical emergency, even if you didn’t know what chemical had been released. For general information about protecting yourself, check the CDC website fact sheets on evacuation, sheltering in place, and personal cleaning and disposal of contaminated clothing, as well as the California Poison Control System.

How Will I Know To Evacuate?

You will be notified by local police, emergency coordinators, or government, on the radio and/or television emergency broadcast system. Remain inside and stay close to a radio or television for important instructions.

If there is a code red or severe terror alert, pay close attention to radio and/or television broadcasts to find out if an evacuation order has been declared for your area. Every emergency is different and during any emergency people may have to evacuate or shelter in place depending on where they live.

What Is Shelter In Place?

Shelter in place means to stay put and make a shelter out of the place you are in. It is a way for you to make the building as safe as possible to protect yourself until help arrives. You should not try to shelter in a vehicle unless you have no other choice. Vehicles are not airtight enough to protect you from chemicals.

People are exposed to small amounts of radiation every day, both from naturally occurring sources (such as elements in the soil or cosmic rays from the sun), and man-made sources. Man-made sources include some electronic equipment (such as microwave ovens and television sets), medical sources (such as x-rays, certain diagnostic tests, and treatments), and from nuclear weapons testing.

The amount of radiation from natural or man-made sources to which people are exposed is usually small. A radiation emergency (such as a nuclear power plant accident or a terrorist event) could expose people to small or large doses of radiation, depending on the situation. 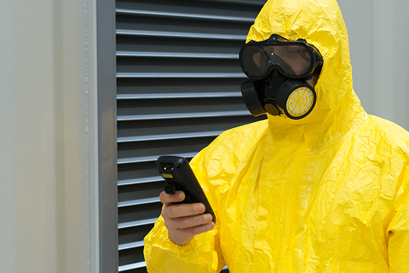 What Happens When People Are Exposed To Radiation?

Radiation can affect the body in a number of ways, and the adverse health effects of exposure may not be apparent for many years. These adverse health effects can range from mild effects, such as skin reddening, to serious effects such as cancer and death, depending on the amount of radiation absorbed by the body (the dose), the type of radiation, the route of exposure, and the length of time a person was exposed.

Contamination refers to particles of radioactive material that are deposited anywhere that they are not supposed to be, such as on an object or on a person’s skin. Internal contamination refers to radioactive material that is taken into the body through breathing, eating, or drinking. Exposure occurs when radiation energy penetrates the body. Exposure to lower doses of radiation may lead to an increased risk of developing cancer or other adverse health effects later in life. Exposure to very large doses of radiation may cause death within a few days or months.

Possible terrorist events could involve introducing radioactive material into the food or water supply, using explosives (like dynamite) to scatter radioactive materials (called a “dirty bomb”), bombing or destroying a nuclear facility, or exploding a small nuclear device. Although introducing radioactive material into the food or water supply most likely would cause great concern or fear, it probably would not cause much contamination or increase the danger of adverse health effects. Although a dirty bomb could cause serious injuries from the explosion, it most likely would not have enough radioactive material in a form that would cause serious radiation sickness among large numbers of people. However, people who were exposed to radiation scattered by the bomb could have a greater risk of developing cancer later in life, depending on their dose.

A meltdown or explosion at a nuclear facility could cause a large amount of radioactive material to be released. People at the facility would probably be contaminated with radioactive material and possibly be injured if there was an explosion. Those people who received a large dose might develop acute radiation syndrome. People in the surrounding area could be exposed or contaminated. Clearly, an exploded nuclear device could result in a lot of property damage. People would be killed or injured from the blast and might be contaminated by radioactive material. Many people could have symptoms of acute radiation syndrome. After a nuclear explosion, radioactive fallout would extend over a large region far from the point of impact, potentially increasing people’s risk of developing cancer over time.

What Preparations Can I Make For A Radiation Emergency?

Your community should have a plan in place in case of a radiation emergency. Check with community leaders to learn more about the plan and possible evacuation routes. Check with your child’s school, the nursing home of a family member, and your employer to see what their plans are for dealing with a radiation emergency. Develop your own Family Emergency Plan so that every family member knows what to do. At home, put together an Emergency Kit that would be appropriate for any emergency.

How Can I Protect Myself During A Radiation Emergency?

After a release of radioactive materials, local authorities will monitor the levels of radiation and determine what protective actions to take. The most appropriate action will depend on the situation. Tune to the local emergency response network or news station for information and instructions during any emergency.

If you are advised to evacuate, follow the directions that your local officials provide. Leave the area as quickly and orderly as possible and take your Emergency Kit. Take pets only if you are using your own vehicle and going to a place you know will accept animals. Emergency vehicles and shelters usually will not accept animals.