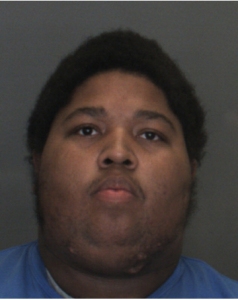 INCIDENT: PC 288(a)-Lewd and Lascivious Acts with a Child Under 14

SUMMARY:
On December 13, 2018, Deputy B. Clancy investigated an allegation of lewd and lascivious acts with a child under 14. Through his investigation, Deputy Clancy learned the suspect, Dominique Butler, molested a 10 year old family member. Additionally, Deputy Clancy learned Dominique Butler is employed at Lomitas Elementary School as a proctor, and has since been placed on administrative leave.

Deputy Clancy authored an arrest warrant for Butler after initial efforts to locate Butler were unsuccessful. On Monday, December 17th Apple Valley Police Detectives V. Lopez and F. Arreola, located and arrested Butler at his father’s residence in Barstow. Butler was booked at High Desert Detention Center and bail is set at $250,000. He is expected to be arraigned on Wednesday, December 19th in Victorville Superior Court.