If you plan to spend time outdoors for backyard barbeques or recreational activities at local parks this Memorial Day Weekend, remember to do so responsibly. Alcohol and marijuana may be included in these gatherings. Tragically, Memorial Day marks the start of California’s 100 dangerous days of summer between Memorial Day and Labor Day weekends.

To reduce DUI-related collisions resulting in injuries or deaths, the cities of Apple Valley, Chino Hills, Hesperia, Highland, Rancho Cucamonga, Victorville and Yucaipa will deploy additional officers on DUI Saturation Patrols to stop and arrest drivers showing signs of alcohol or drug impairment. The patrols will be in areas with a history of DUI crashes and arrests.

San Bernardino County Sheriff’s Department joins the California Office of Traffic Safety (OTS) to drive awareness on the best ways to get from point A to point B safely. Between Memorial Day and Labor Day, many police and sheriff departments in addition to the CHP will use OTS grant funds for overtime to deploy officers across the state to aggressively ticket or arrest traffic violators. High visibly enforcement operations will be in place all summer.

In recent years, California has seen an increase in drug-impaired driving crashes. San Bernardino County Sheriff’s Department reminds drivers that “DUI Doesn’t Just Mean Booze.”  If you take prescription drugs, particularly those with a driving or operating machinery warning on the label, you might be impaired enough to get a DUI. Marijuana use can also be impairing, especially in combination with alcohol or other drugs, and can result in a DUI.

In addition to stopping and arresting impaired drivers, officers will watch for aggressive drivers.  Those who speed, tailgate, fail to obey traffic signs and signals, and those driving distracted, will be cited

San Bernardino County Sheriff’s Department wants to remind drivers of the simple things that can save their lives and the lives of their loved ones:

This enforcement effort is funded by a grant from the California Office of Traffic Safety, through the National Highway Traffic Safety Administration. 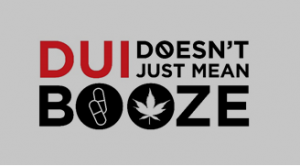