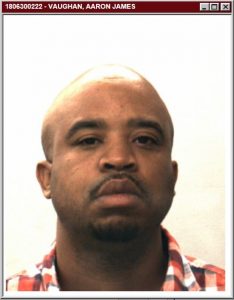 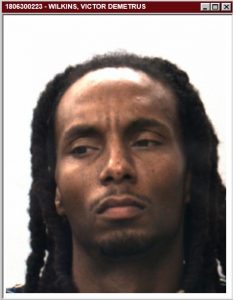 INCIDENT: Pimping, Pandering and Human Trafficking of a Minor

SUMMARY: On Monday, June 4, 2018, investigators from the San Bernardino County Human Trafficking Task Force responded to assist San Bernardino Police officers, who had detained a 17 year old female near 6th Street and G Street in the downtown area of San Bernardino. During their contact with the juvenile, officers determined she was actively involved in prostitution and was a probable victim of Human Trafficking. Officers transported her to the San Bernardino Police Department where Human Trafficking investigators met with them and assumed the investigation. During the victim interview, investigators determined that over the past several days, the victim had been transported by her traffickers from Oakland to San Francisco, then to Los Angeles and San Bernardino. During that time, she worked as a prostitute and gave all of the money she earned to them. As the investigation continued, investigators learned that the victim’s traffickers were still in the area and staying at a local motel in the downtown area. Additional Task Force members responded to the area and were able to locate the suspect’s vehicle at the location. Through continued interview/investigation, information was developed that led invetigators to believe there was the possibility of one or more other victims actively being trafficked by the suspects in the downtown area and one of the additional victims could be a juvenile. Investigators had also positively identifed the suspects as Victor Wilkins and Aaron Vaughn.

Wilkins and Vaughn have prior arrests for Human Trafficking related charges, with Vaughn having a prior conviction for Human Trafficking of a Minor. Vaughn also showed to be on active Solano County Probation as well as Federal Probation for that conviction. With that information, Task Force members responded to the motel and located the rooms occupied by the suspects. As investigators were attempting to make contact with Wilkins at his room, he refused to open the door and began barricading himself inside. Believing another juvenile victim was possibly being held inside by Wilkins, Task Force members forced entry into the room under exigent circumstances. Wilkins was found alone inside the room and taken into custody without further incident. Investigators were able to make contact with Vaughn at his room, where he was also taken into custody without incident. Both were transported to the San Bernardino Police Department for interviews. As a result of the investigation, both suspects were transported and booked into the Central Detention Center for Felony Pimping, Pandering and Human Trafficking of a Minor. Both suspects are being held in lieu of $500,000 bail each.

This investigation is ongoing. Investigators believe there are other unidentified victims related to this case and are asking that anyone with information related to this investigation, please contact the San Bernardino County Human Trafficking Task Force at (909) 387-8400. Anyone wishing to remain anonymous may contact We-Tip at 1-888-78-CRIME or you may leave information on the WE-Tip Hotline at www.wetip.com.