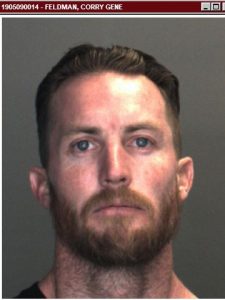 INCIDENT:    Lewd Act with a Child Under the Age of 14

Feldman is expected to be arraigned on Monday, May 6, 2019 in Morongo Superior Court.

Detectives are releasing Feldman’s photo and urge any additional victims, or anyone with information regarding this investigation to contact detectives at the Morongo Basin Sheriff’s Station at (760) 366-4180. Callers wishing to remain anonymous are urged to call the We-Tip Hotline at 1-800-78-CRIME (27463), or you may leave the information on the We-Tip Hotline at www.wetip.com.