INCIDENT: Felon in Possession of Firearm, Obstructing an Officer

SUMMARY: On October 17, 2018, Deputy J. Aria, from the Victorville Police Department, made a traffic stop on a 2006 Volkswagen, for a vehicle code violation.

The driver of the car, identified as Thomas Buckner, initially gave Deputy Aria a false name and was found to be driving with a suspended license. Buckner was asked to exit the car and upon doing so, he fled on foot. Victorville deputies, with the assistance of Deputy D. Moyer and his K9 Ellie, from the Victor Valley Station, located Buckner hiding nearby. He was taken into custody without incident.

During a search of the vehicle, Deputy Aria found two loaded handguns and multiple rounds of ammunition. Buckner, a convicted felon who is prohibited from possessing a firearm, was arrested and booked for felon in possession of a firearm and obstructing an officer.

Anyone with information about this investigation is asked to contact the Victorville Police Department at (760) 241-2911 or Sheriff’s Dispatch at (760) 956-5001. Callers wishing to remain anonymous are urged to call the We-Tip Hotline at 1-800-78CRIME (27463) or you may leave information on the We-Tip website at www.wetip.com. 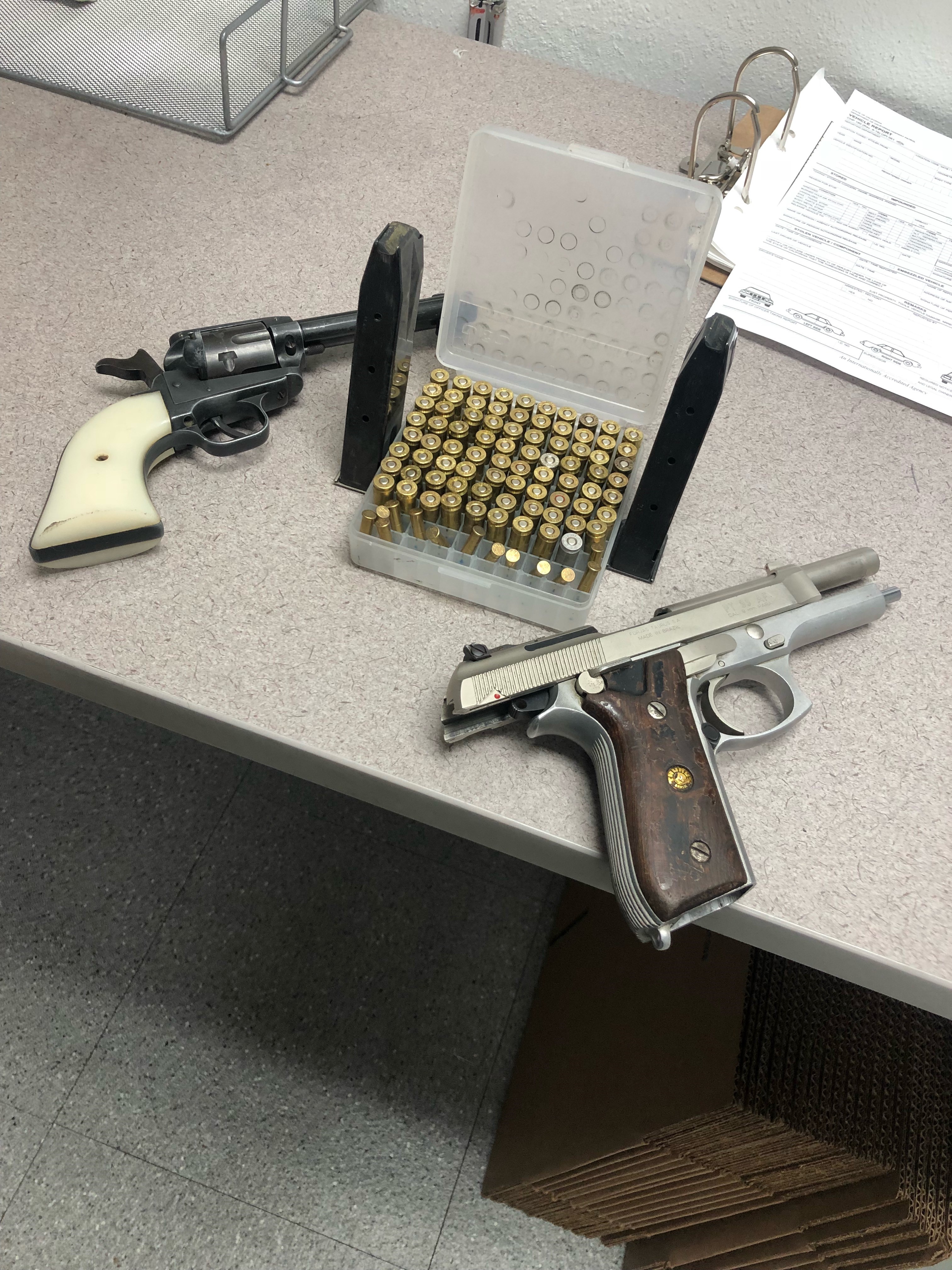