As an independent body, the Grand Jury is required by law to investigate any complaints by any person. Per Penal Code §925: 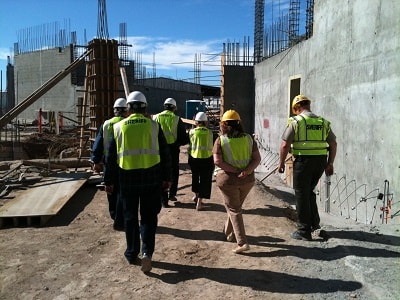 The Grand Jury may investigate the validity of any complaint submitted. This may include government waste and inefficiencies, possible felonies or malfeasance (wrongdoing), failure to provide public services or nonfeasance (failure to perform an act as required by law), and misfeasance (the wrongful performance of a normally lawful act).  Should the Grand Jury choose to investigate a specific complaint submitted, the matter will be assigned to a Grand Jury Committee.  This committee may include the results of their investigation in the Final Report that is published and made public at the end of each fiscal year.

All complaints are kept with the highest level of confidentiality, except information released in the Final Report.  Each Grand Juror has been sworn in by the Presiding Judge of the Superior Court and given an oath of secrecy binding for life. The Grand Jury’s records may not be inspected or subpoenaed.

The CONFIDENTIAL Grand Jury citizen complaint form should be prepared and filed with the Grand Jury only after all attempts to resolve the complaint have been exhausted. Please provide proof of attempts to resolve the complaint. Ordinarily, the County Grand Jury has no jurisdiction over State or Federal agencies, the courts, judicial officers, or most companies in the private sector. All documents submitted become the property of the Grand Jury and will not be returned. Every person who makes a report to the Grand Jury that a felony or misdemeanor has been committed, knowing the report to be false, is guilty of a misdemeanor (Penal Code §148.5(d)).