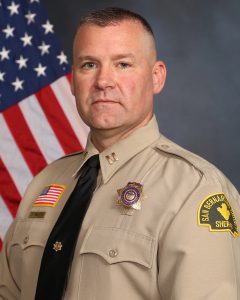 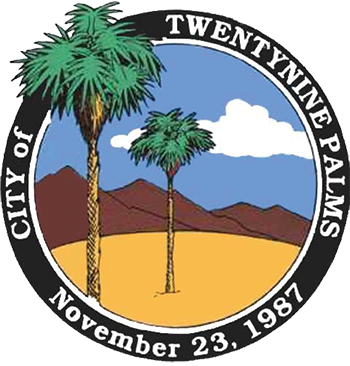 The San Bernardino County Sheriff's Department transitioned from providing police protection to the unincorporated area of Twentynine Palms to being an integral part of an incorporated community's contract police department in July of 1988. With that change came an enhanced level of law enforcement protection that has consistently made the city of Twentynine Palms a safer place in which to live and work.

The 14 men and women from the Sheriff's Morongo Basin Station assigned to protect the city have met a variety of exciting challenges. Crime reducing projects such as Operation CleanSWEEP and the appointment of a School Resources Officer played an integral role in helping officers keep Twentynine Palms safe, along with a Juvenile Crime Reduction Plan that allowed teams of officers to "adopt" local schools in order to reduce campus-related crime and assist with individual Safe Schools Plans.

A number of grant-funded special operations are conducted annually in the city of Twentynine Palms that help augment the station's normal patrol effectiveness as well which include: parole/probation/sex registrant compliance sweeps, traffic safety checkpoints and/or traffic safety saturation efforts. Other special operations are also put forth, including juvenile alcohol/tobacco decoy stings, bait car stings and problem-oriented policing projects throughout the city. The station's Off-Highway Vehicle Enforcement Team continues to patrol the back roads for safety violations and nuisance complaints as well, devoting many hours of back-road patrol every year.

Police services such as these--along with thousands of volunteer hours from our citizen patrol group--helped the officers assigned to protect Twentynine Palms fulfill the goals of community-oriented policing and problem solving (COPPS) set forth by Sheriff John McMahon in the department's current strategic plan.