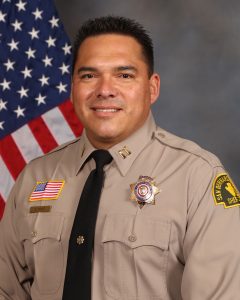 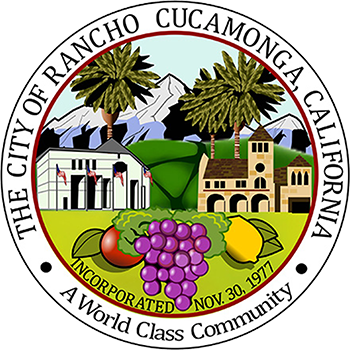 Rancho Cucamonga continues to be one of Southern California’s most family-oriented, safe and prosperous cities. The San Bernardino County Sheriff’s Department provides outstanding law enforcement to the city, which now has a population of over 177,000 people. Currently, there are 182 Sheriff’s personnel serving the citizens in nearly 38 square miles.

Rancho Cucamonga city leaders have devoted a great deal of energy creating a family-oriented safe community. The city's economic growth has given it the ability to devote substantial resources to parks, education and law enforcement. The results have been significant. Families enjoy a wide variety of parks and trails, as well as some of the finest upscale retail shopping in the Inland Empire. City students are among the top performers in San Bernardino County and the crime rate is among the lowest in California. The low crime rate the city of Rancho Cucamonga continues to enjoy, is due to the direct result of not only the city's efforts, but also the hard work and dedication of the men and women of the San Bernardino County Sheriff's Department. These efforts have resulted in not only one of the safest cities to live in, but also a city where the citizens enjoy the security of a city and a police department that truly is dedicated to working together to provide a safe and family-oriented environment.

As a result of the city and the San Bernardino County Sheriff's Department working together in harmony to provide this service, the Rancho Cucamonga Police Department has experienced the highest level of community involvement and support. The Rancho Cucamonga Police Department is a full service station by its truest definition. The station not only provides sufficient patrol services, but also provides a significant full service traffic division, which includes motor units, Major Accident Investigation Team (MAIT), a commercial enforcement unit and a parking enforcement unit. A Multiple Enforcement Team (MET), including a Bicycle Enforcement Team (BET) provides a well-rounded community based policing unit. In addition, the station also provides six School Resource Officers (SRO) who service each of the city's high schools, middle schools and elementary schools, a crime prevention unit, a crime analysis unit, and a well diversified and experienced detective division.

The San Bernardino County Sheriff's Department has provided services for the city of Rancho Cucamonga since it incorporated in 1977 and the station has grown tremendously since then. The employees of the Rancho Cucamonga Police Department have demonstrated not only a commitment to provide outstanding service to the city, but also have developed a great deal of pride and the sense of partnership with the city of Rancho Cucamonga. As a result, many of the station's employees reside in the city and they not only feel a sense of partnership, but also a sense of ownership. The city of Rancho Cucamonga has shown its dedication and support continually adding additional personnel as needed. It has provided funds and resources as well as state of the art equipment in order to provide the best services possible. All in all, the San Bernardino County Sheriff's Department enjoys an excellent relationship with the city of Rancho Cucamonga. It is by no accident the excellent relationship exists as a result of many years of dedicated service as well as many years of working together to understand and meet specific needs of the city.

This course serves to educate the patrol-level law-enforcement officer in the response to fentanyl-related overdose investigations. Students will learn the fundamentals of fentanyl overdose deaths, how to stay safe when handling fentanyl and proper documentation. The course will cover investigative techniques and review the pertinent charges related to these investigations. Finally, case studies will be shown to demonstrate the importance of the initial patrol response through the prosecution while discussing lessons learned.   "Click for Flyer"

This course serves to educate the patrol-level law-enforcement officer in the response to fentanyl-related overdose investigations. Students will learn the fundamentals of fentanyl overdose deaths, how to stay safe when handling fentanyl and proper documentation. The course will cover investigative techniques and review the pertinent charges related to these investigations. Finally, case studies will be shown to demonstrate the importance of the initial patrol response through the prosecution while discussing lessons learned. "Click for Flyer"

This 40-hours course provides accident investigation from on-the-scene procedures to follow up and practical application of how to use report forms and accident investigation terminology together with the study of vehicle code law and court decisions. Course meets requirements of VC40600 (a). Click for Flyer

This course is designed for the experienced Field Training Officer and includes updated instruction in liability, documentation and teaching techniques with an emphasis on the FTO/Trainee relationship. "Click for Flyer"